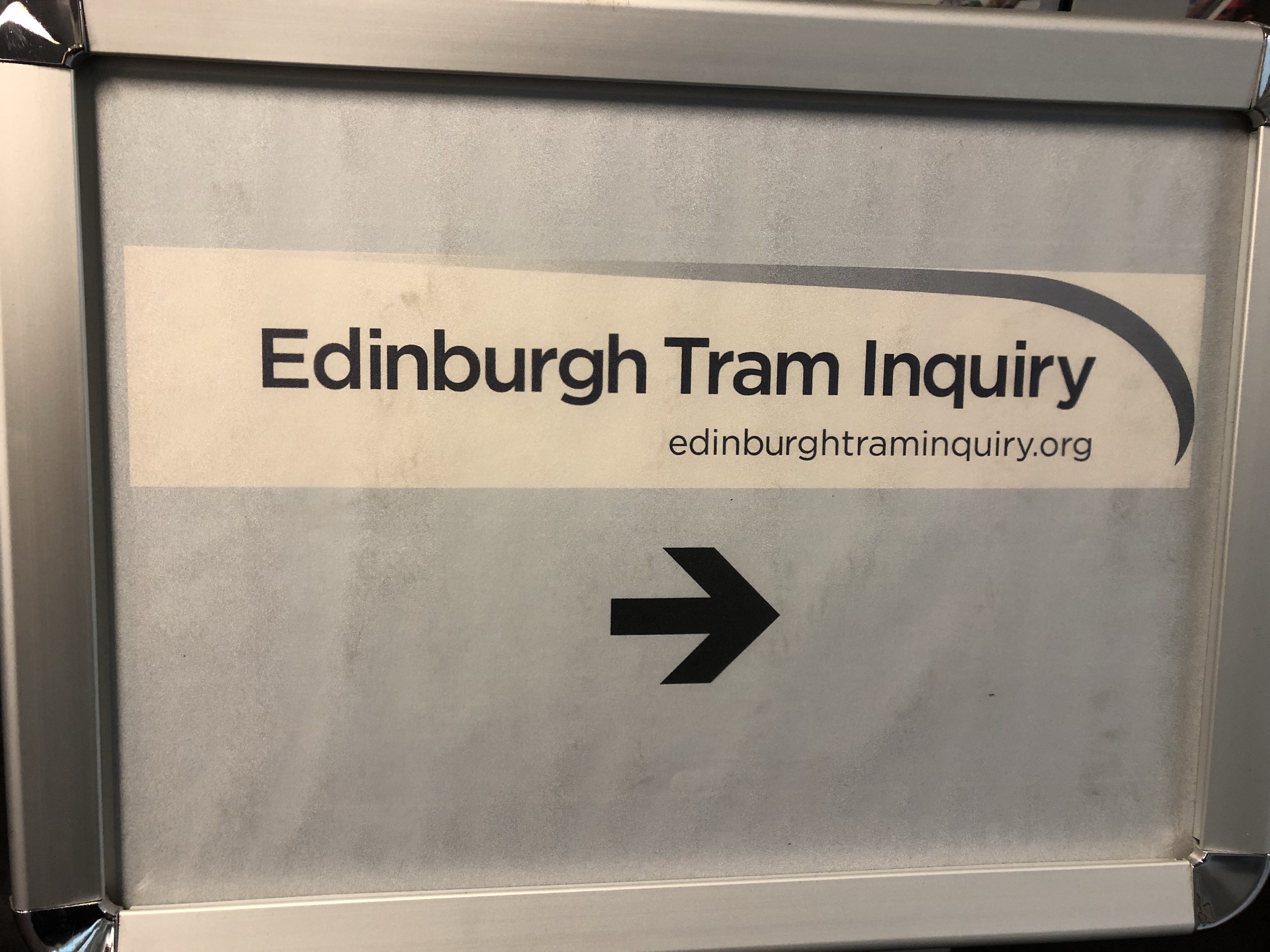 This morning at Waverleygate the Edinburgh Tram Inquiry was to hear evidence from Stewart Stevenson Minister of Transport from 2007-2010, but as he had taken ill on the train journey to Edinburgh his appearance has been postponed. When proceedings convened at 9.45 the Chair Lord Hardie explained to those in the room that although Mr Stevenson had arrived in the building (we saw him walking through to the ante room) he was not well enough to appear.

Lord Hardie explained he had met with Mr Stevenson and his solicitor to discuss this. The Minister said he had become unwell on the train on the way to Edinburgh, but nonetheless he wanted to give his evidence. Lord Hardie said ” I have decided it would not be fair to expect him to answer questions while he feels unwell and his evidence will be postponed until he is fit.”

Today’s evidence will commence at 11.45 with Deputy First Minister John Swinney after he has been at today’s Cabinet meeting.

Lord Hardie also explained that after tomorrow there will be a gap in proceedings of a couple of weeks. He said :”I should also indicate there will be an adjournment until 19 February. We had intended to take evidence from former Chief Executive Sue Bruce and also Colin Smith (the troubleshooter brought in by the Chief Executive to broker some settlement to allow the project to proceed). They were core participants at the Mar Hall negotiations.

“Edinburgh Council had been asked to provide relevant documents. We received these, but on 10 November the council contacted me to make me aware that more documents had been discovered. These are substantial documents which had to be analysed by in house solicitor.”

The chair confirmed these will be added on to the inquiry’s website soon.

He continued :” It is clearly not appropriate to take evidence without these documents and core participants must be given the opportunity of examining these.”

Lord Hardie also mentioned that reports have been commissioned from experts although he has yet to decide whether the expert witnesses would be called to give evidence to the enquiry.

The Inquiry began hearing evidence in September last year and has so far heard 15 weeks of evidence from many involved. This includes former members of the council including Jenny Dawe the Former LibDem council leader. Owing largely to the tram project, the delays involved and the fact that the costs spiralled to £776 million and half the line was delivered, the LibDem representation on the council fell from 13 to 3 in the 2012 council elections.

The Edinburgh Tram Inquiry will report later this year on the following :

Inquire into the delivery of the Edinburgh Trams project (‘the project’), from proposals for the project emerging to its completion, including the procurement and contract preparation, its governance, project management and delivery structures, and oversight of the relevant contracts, in order to establish why the project incurred delays, cost considerably more than originally budgeted for and delivered significantly less than was projected through reductions in scope.

Examine the consequences of the failure to deliver the project in the time, within the budget and to the extent projected.

Review the circumstances surrounding the project as necessary, in order to report to the Scottish Ministers making recommendations as to how major tram and light rail infrastructure projects of a similar nature might avoid such failures in future.