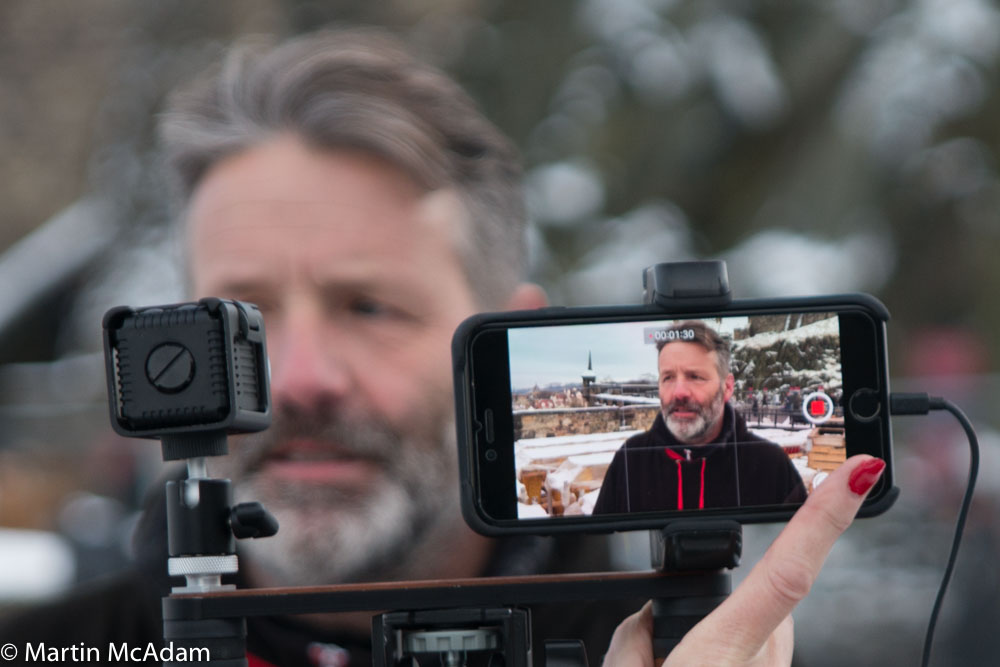 With 3,000 fireworks in place and a storm which looks as though it will die down by midnight, all is set for bringing in the New Year in Edinburgh. Each firework is in some kind of casing to ensure that it goes off at the right time. Titanium Fireworks are in charge (get it?) and we were allowed to visit the fireworks area on Friday to see how they do it. We spoke to Simon and Toby about the procedures in place to keep the event safe and make sure it really does go off with a bang.

3,000 fireworks are now in place at @edinburghcastle ready for the Midnight Moment on Hogmanay We met Simon and Toby from @TitaniumFwks who told us how safe we were (right beside the pyrotechnics!) pic.twitter.com/cb2yxyR1jm With two computers running the show everything has a back up system, but we are still amazed at how quietly confident everyone was ahead of the event. But of course this is the ninth year in a row that the company have set off the Hogmanay fireworks so they have some history to give them reassurance! Charlie Wood of Underbelly, Toby Alloway of Titanium with Allan MacDonald and Ruairidh Graham of Niteworks who have devised the music for the Midnight Moment along with Dan Jones.

We spoke to Allan and Ruairidh about the music. They divulged that there may be a battle of the drums but otherwise were giving little away.

Here’s Ruairidh and Allan of @NiteworksBand telling us about the music that the @edhogmanay fireworks will be set to – for a whole 9 minutes! pic.twitter.com/1Ld3r5Z6lD