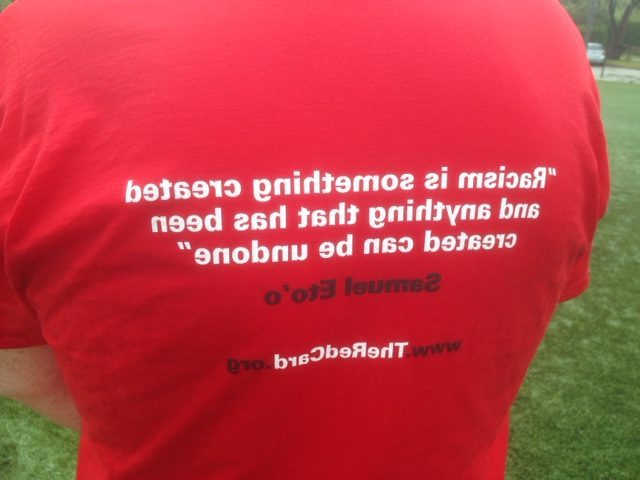 A ‘Stand up to Racism ‘No to Racism, No to Islamophobia—Football for All’ unity event will be held in Edinburgh this weekend.

Organised by Stand Up to Racism and supported by SACC, Scottish Trade  Union Congress (STUC), Show Racism the Red Card Scotland, Unite the Union Scotland, Unite Against Fascism, the demonstration will take place at the Scottish Parliament between 10.00 and 12.30pm on Saturday 25th November.

The demonstration was arranged in response to news that The Football Lads Alliance (FLA) are intending to visit Edinburgh that day on a recruitment march.

For up to date information on the demonstration, check the facebook page.

Councillor Gordon Munro said: “ My club Hibernian have a proud record of standing up and for those marginalised. I urge my fellow fans and those who support other clubs to reject this pernicious attempt to bring discord to the beautiful game .”