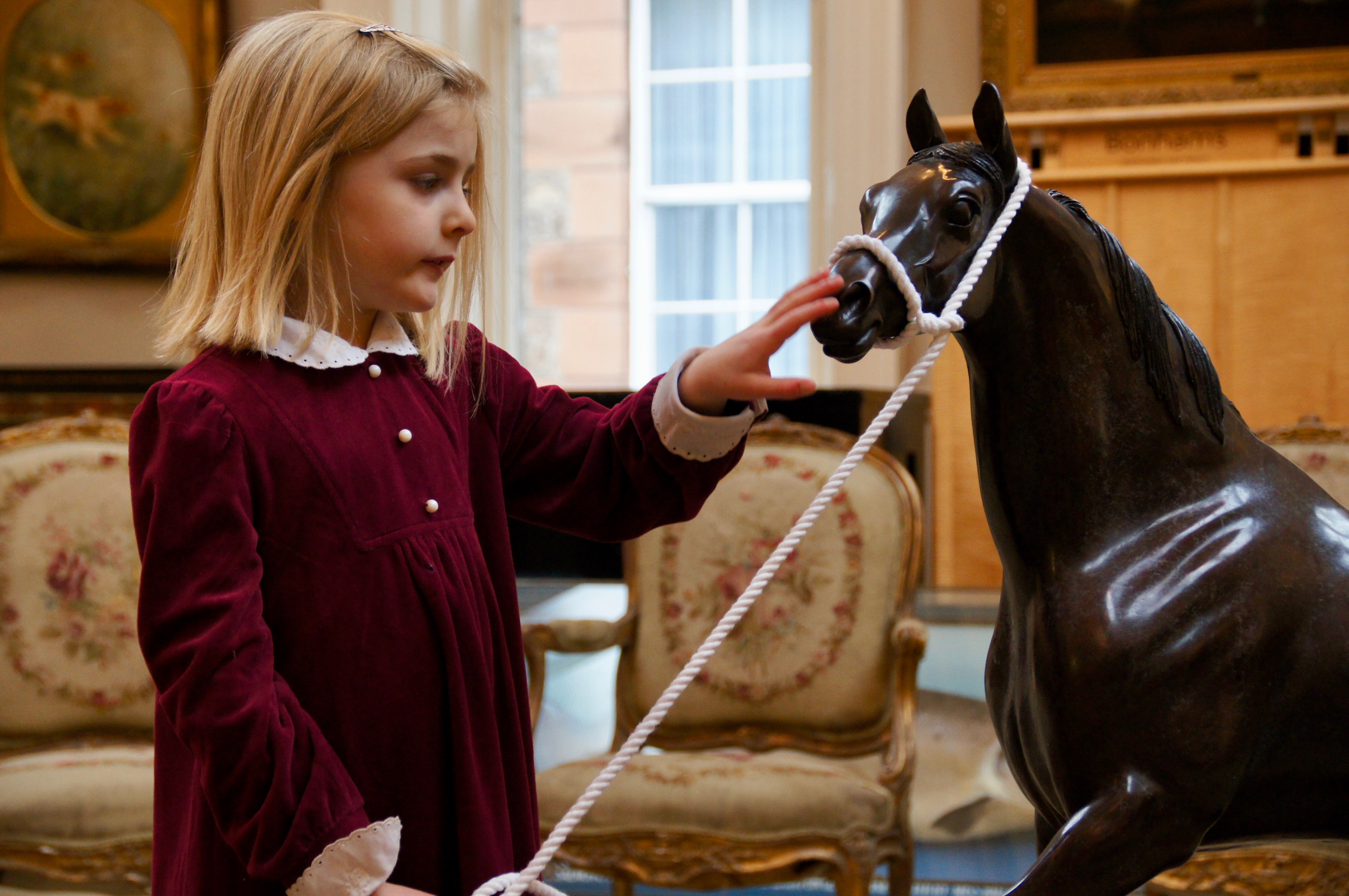 We spoke to Managing Director of Bonhams Scotland, Charles Graham-Campbell, about the sale which the auction house is holding at their Queen Street premises on Wednesday of this week.

As you walk into the entrance hall at Bonhams you cannot miss the cast of a huge salmon which is hanging on the wall there. It is a cast of Miss Ballantine’s salmon, and will be well-known to anyone keen on fishing.

Charles explained : “This is a cast of the biggest fish ever caught in British waters.

“A truly amazing salmon caught by Miss Ballantine back in the 1920s. The original was preserved by Malloch of Perth and then 20 years or so ago a limited number of casts were taken. We have the honour of selling one of these casts in the sale along with the whole story so if you are a keen fisherman and have a big fishing lodge and want to have the king of salmon on your back wall then this is the perfect thing to go for.

“And we even know who ate the fish – it was given to the hospitals in Perth!”

The cast of the famous salmon is expected to fetch up to £6,000.

Having recently taken over running Bonhams, Mr Graham-Campbell has a long career behind him already, but confirmed that it is his area of expertise which is coming up this week.

“I am a general valuer but one of the things I have done is look after sporting antiques and particularly fishing tackle.

“There are probably not too many Hardy fishing reels that I haven’t taken to bits and looked at the inside and can tell you if they were made in 1896 or 1905 or 1911 or whenever the dates were that they changed.

“People love these great big bright fishing flies and can make a great display out of them. They don’t necessarily use them to catch fish  – they probably stick them in their hat to show off.”

This week a rather special bronze of an Arab horse will be sold in the Sporting Sale. It stands 110cm high, is 90 cm wide and 30cm deep and we got Charles to tell us a bit about it.

He explained : “This lovely horse is called Twaig. It is an Arab stallion and this is a bronze casting.

“It is actually a maquette, a smaller version of the original which is on a roundabout in Riyadh. It is a famous Arab stallion that the sculptor Philip Blacker has made.

You can read more about Twaig here.

A couple of important pieces among the lots at @bonhams1793 Sporting Sale this week – bronze horse and the biggest fish ever! pic.twitter.com/Qw9UrrMWTO