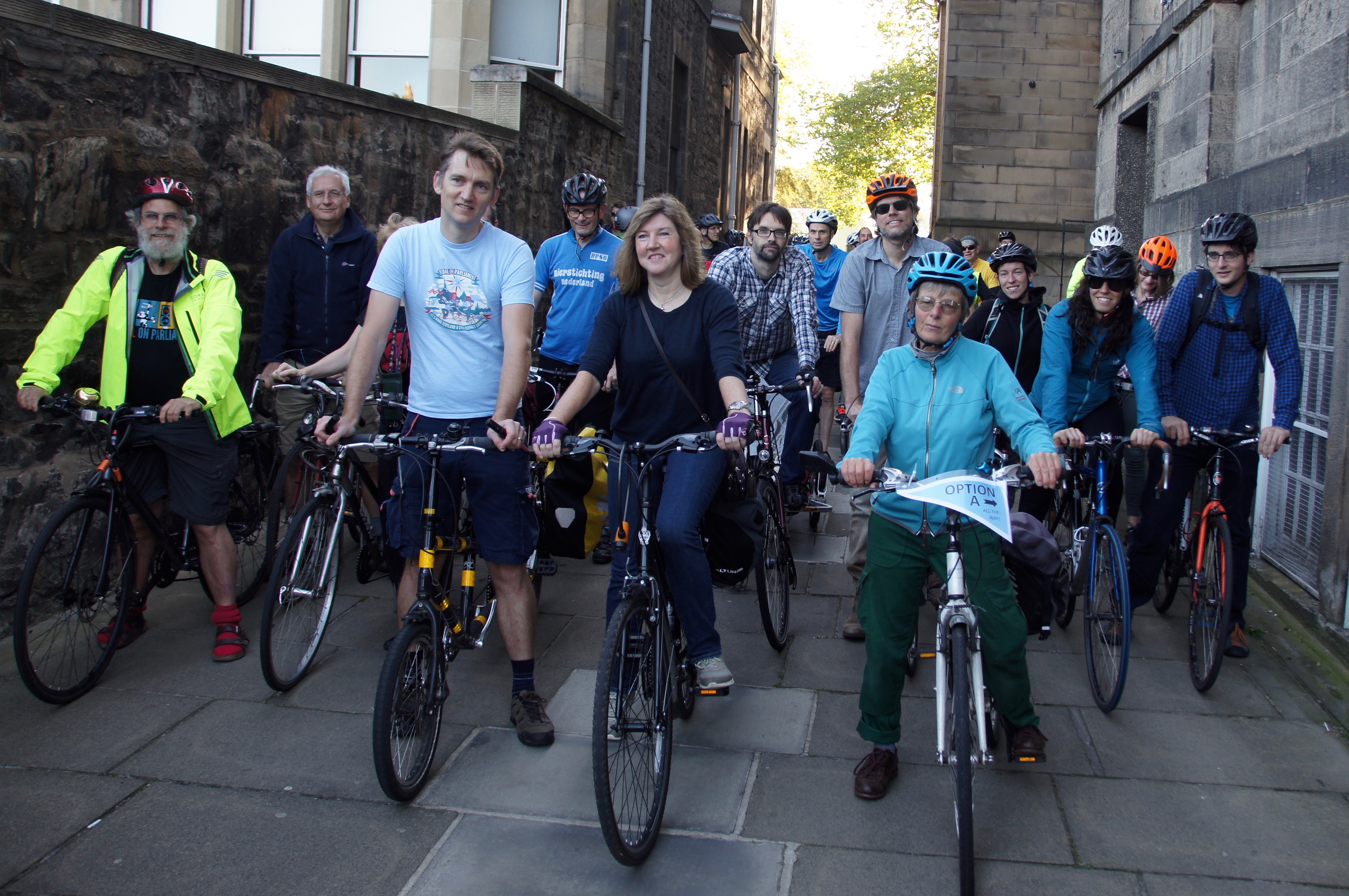 Green MSPs today used a Holyrood debate to step up demands for Scottish Ministers to invest at least ten per cent of the transport budget in walking and cycling, warning that the government is set to fail its own active travel target.

In 2012, Green MSP Alison Johnstone led Holyrood’s first debate on cycling, with the parliament agreeing her motion which called on the Scottish Government to place active travel at the heart of the planning system.

For today’s debate Scottish Ministers put forward a motion welcoming the £80million they plan to invest in walking and cycling in 2018-19 but the Green party point out that this is only about 3 or 4% of the total transport budget, with the bulk of funding going towards motorways and trunk roads.

John Finnie MSP, Transport spokesperson for the Scottish Greens, said: “We all agree that investing in walking and cycling brings great benefits, to public health, people’s pockets, local economies and the environment. But we cannot expect to enjoy these benefits with half-measures.

“We need better infrastructure, not marketing campaigns. And we need to know what remit and powers the new Active Nation Commissioner will have, so we can see whether this issue is being taken seriously.

“Scottish Greens recently refreshed our party policy on active travel following consultation with experts and campaign groups. Our vision is a carbon-free transport sector where walking and cycling are prioritised, where we have a national minimum standard for provision of active travel infrastructure, and where we have protected cycle lanes on roads in built up areas.”

Alison Johnstone MSP, Health spokesperson for the Scottish Greens, said: “Investing in walking and cycling has to be at the core of the preventative health agenda. Other countries like Denmark and the Netherlands made a determined shift years ago, kept up the investment and are now reaping the rewards with healthier, happier populations.

“The latest Household Survey shows that only 1.2 per cent of journeys in Scotland are taken by bike, a figure that has hardly moved since I led Holyrood’s first cycling debate in 2012. If the Scottish Government is serious about its own target of ten per cent by 2020, it should be much bolder in its commitments.”