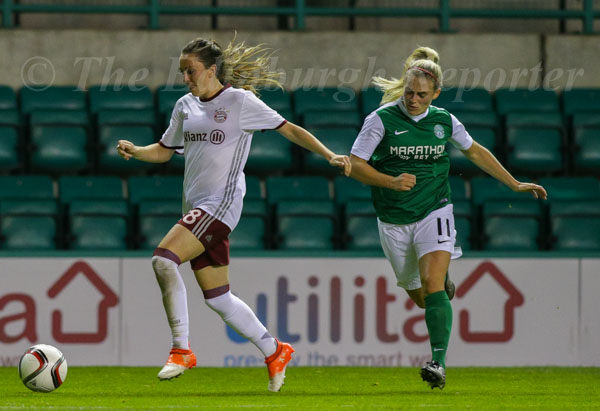 Hibernian Ladies have announced that Kevin Milne will take over as Head Coach.

Milne, who was previously with the club as Technical Coach, joins from Penicuik Athletic, where he was assistant manager, and takes over ahead of Sunday’s match with Spartans.

He takes over from Chris Roberts, who left the club recently to join Bristol City. A former player with Aberdeen, Stirling Albion and Forfar Athletic, Milne previously managed Heart of Midlothian Ladies, leading them to the Premier League in 2014. He joined Hibs shortly after, winning the League Cup and Scottish Cup under Roberts reign, before leaving to take the manager’s job at Lowland League side Hawick Royal Albert.

Milne said: “I am delighted to be rejoining Hibernian Ladies and excited to take on the role as Head Coach.

“Chris did a fantastic job here, and I am looking forward to trying to build on what he has created.

“We have a lot to play for this season with the league and Scottish Cup still up for grabs, and everyone’s minds will be focused on achieving those aims.”

Hibernian Community Foundation Chief Executive Charlie Bennett said: “We are very pleased that Kevin has agreed to take on the role of Head Coach.

“He knows the squad and the club well, and that continuity will be important to continue our progression.

“Equally he is ambitious and shares our vision for where we want to be as a club – he was the outstanding candidate in a strong field of applicants and we are looking forward to working with him.”