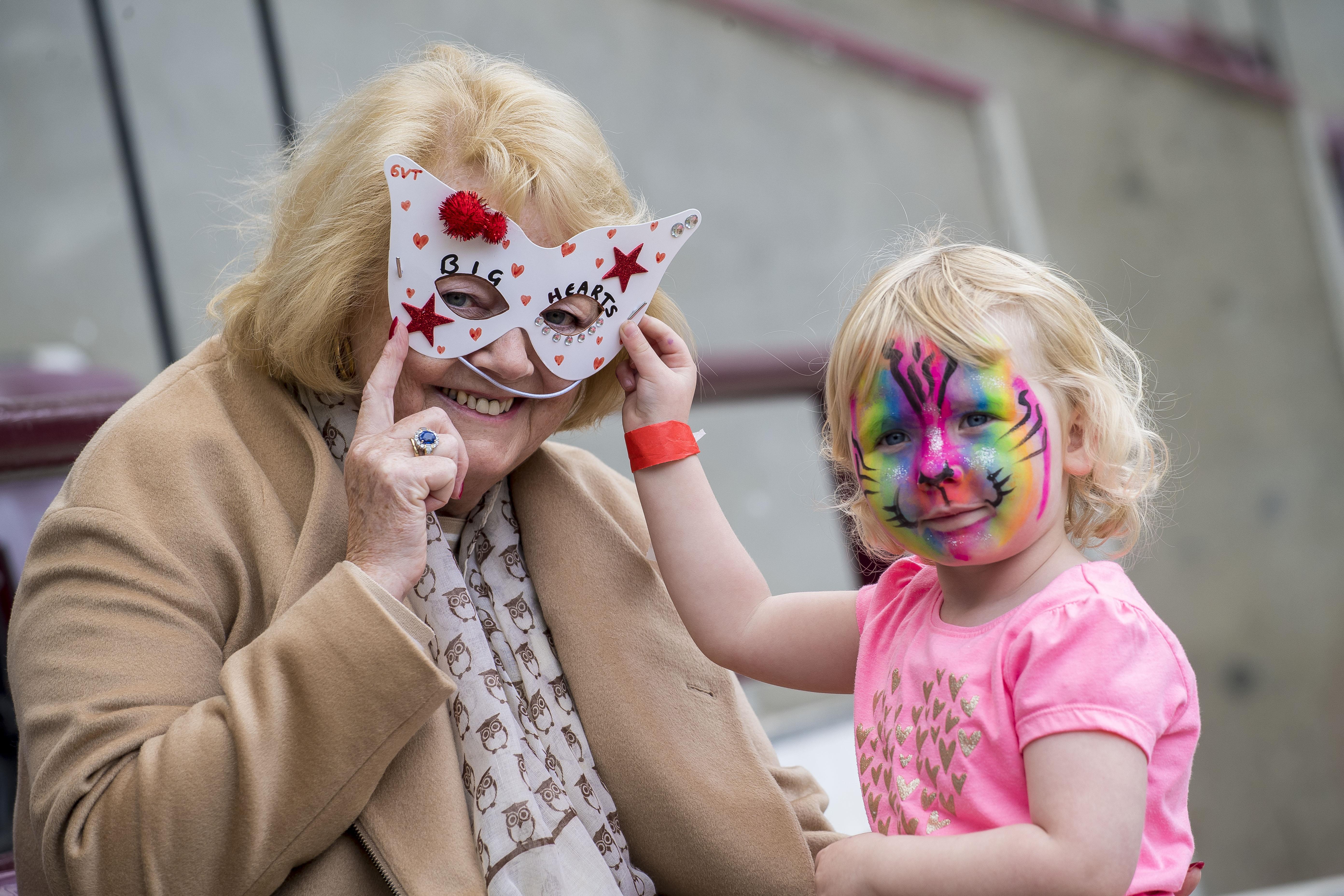 Since 2006 Big Hearts Community Trust, the official charity of Heart of Midlothian Football Club, has engaged over 27,000 people across Edinburgh and the Lothians and raised over £1.5M for community projects to date.

In 2015 Big Hearts shifted their focus to become a charity for families, supporting all generations within the communities it serves by leading, coordinating and facilitating meaningful activities where need is identified.

On Tuesday Big Hearts welcomed over 300 kinship families and 140 children at Tynecastle Park to celebrate two years of Big Hearts Kinship Care programme, with a focus on raising awareness on kinship care in Scotland.

The families enjoyed various activities in the stadium. These included a visit from Hearts first team players and Hearts owner Ann Budge – who is also a Big Hearts Trustee.

Fifteen local organisations provided information on dedicated services to support kinship carers. With its link with Heart of Midlothian Football Club, Big Hearts has once again been able to make a difference in reaching out to those families in need and ensuring they will receive support in the future.

As part of the “Hearts Family”, working closely with the club and the Hearts supporters group the Foundation of Hearts, Big Hearts aims to make a meaningful difference to the lives of families and individuals who need their help most.

If you would like to become a Big Hearts Supporter and join over 1,500 fans doing their bit to support Heart of Midlothian’s official charity, details are here.