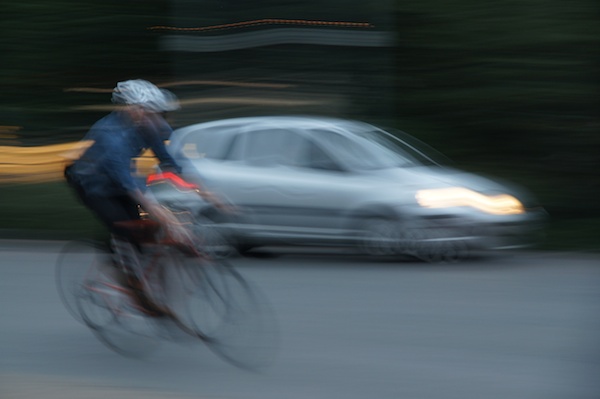 As far back as 2010 the Picardy Place junction was denoted a black spot for cyclists and pedestrians, and now the council will take the design out to public consultation just as quickly as possible. The deputation by David Spaven from Living Streets Edinburgh and Martin McDonnell from Spokes to the Transport committee this morning supported the motion lodged by Councillor Chas Booth which highlighted the problems which need to be addressed at this busy junction.

The deputation explained that there is still too much emphasis on motor traffic at this huge roundabout or gyrator and that this is not conducive to safe cycling.

They asked why  the carriageway is still four lanes wide at some points, and wondered whether the space not be best given over to pedestrians and cyclists.

They also pointed out that while there is a dedicated cycle path planned some parts of the footpath is too narrow and that in the proposed plans important public space and trees in front of the cathedral will be lost.

As the hotel proposal for the roundabout itself (not the hotel which is going to be run by Marriott as part of Edinburgh St James) appears to have been withdrawn there is now room and time for consideration of the area and more thought should be given back to design.

Councillor Chas Booth who is a keen cyclist said while some people believe that if we try to reduce the traffic provision and improve the pedestrian and cycling areas there will be gridlock, Living Streets had explained that the reverse is true; that if you make the spaces better and more inviting to pedestrians and other modes of active travel then road traffic will be reduced.

Following the agreement to reexamine the layout and design Councillor Booth who represents Leith said : “I’m delighted my motion was unanimously agreed at committee today.

“While the proposals that have come forward for Picardy Place are a slight improvement on the current roundabout which is not cycle-friendly, they still contain 3 lanes of traffic and are  therefore a major missed opportunity for making the city a more pleasant, livable, people-friendly place.

“I’m also very concerned at the lack of public consultation on the proposals, and I hope my motion will redress that shortcoming.”

The motion by Cllr Chas Booth which was agreed by the committee (there were a couple of minor changes but broadly it was accepted as lodged) stated :