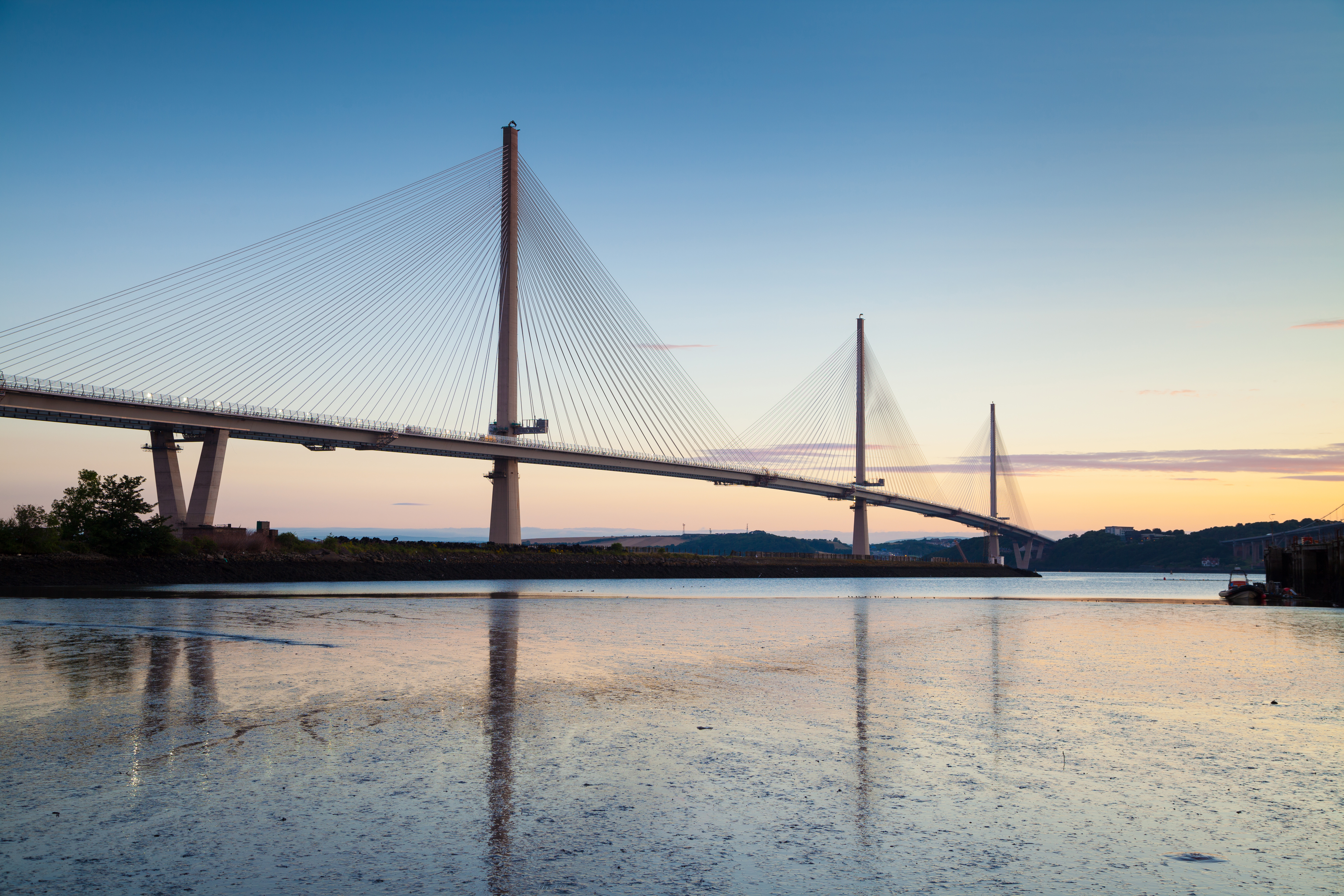 This morning in the early hours, traffic was redirected and the first cars began to filter onto the Queensferry Crossing.

Just after 1.00am the Economy Minister Keith Brown MSP tweeted a video of himself looking delighted that he was about to drive over the new bridge leading a convoy of the first public vehicles to do so.

Well, we are finally here!! After 6 years. The excitement is building!! About to lead the first traffic over the new Queensferry Crossing. pic.twitter.com/aWJkbDL03A

Shortly afterwards the northbound carriageway opened first followed by the southbound about an hour later.

These are the first public vehicles to cross the new #QueensferryCrossing pic.twitter.com/PttEdw1jU6

While we were crossing the bridge at 1.57am the police had already pulled over one car, not exactly the badge of honour you might want. The speed restrictions on the bridge are 40mph at present until the end of October when the speed limit will rise to 70mph and the Queensferry Crossing will join the motorway network.

There have been some queues this morning during rush hour when it appears more traffic than normal was trying to cross the Forth.

The bridge was completed and handed over to the Scottish Government on Monday night following a construction phase which first began in 2011. Over 15,000 people have been inducted to work on the construction site since 2011.

Delivered a couple of months later than billed, but £245 million under budget. The late delivery has no impact on the overall budget as the contractor is responsible for any costs associated with the delay which has largely been attributed to weather.

Edinburgh is now linked to the Kingdom of Fife by a bridge which is expected to carry 24 million vehicles each year. First Minister Nicola Sturgeon, said: “The Queensferry Crossing is a symbol of a confident, forward-looking Scotland and – as well as providing a vital transport connection for many years to come – it is a truly iconic structure and a feat of modern engineering.

“The Queensferry Crossing Experience attracted huge interest from across Scotland and beyond, demonstrating the widespread excitement and pride in the bridge. I am pleased that we are able to respond to that demand with an extra day being set aside for pedestrian access so that more people from the local area, particularly young people, can enjoy this historic occasion.

Economy Secretary Keith Brown commented :  “It will be with a real sense of pride that all those involved with this project will witness traffic crossing the bridge this week. To think that the crossing has been completed six years from the date construction started and ten years since Parliament approved legislation is a remarkable achievement for a project of this scale and complexity. The challenges of this location have been well-documented and the real heroes are those who have braved the elements in sometimes horrendous conditions to finish the job.

“This project has released £245 million of savings back into the Scottish Budget since construction began. Quite often we see and hear of projects running significantly over budget, so I believe we should be proud of this achievement and take confidence going forward.

“Of course these savings are in addition to those achieved during at contract procurement which reduced the forecast by £512 million from the outset. I am looking forward to seeing all of the hard work and investment pay off and to unlocking the benefits that this magnificent new piece of infrastructure will deliver to local communities and to Scotland as a whole.”

The bridge will close on Friday until 7 September for people to walk over the bridge and for the opening ceremony to be conducted by Her Majesty The Queen on Monday.