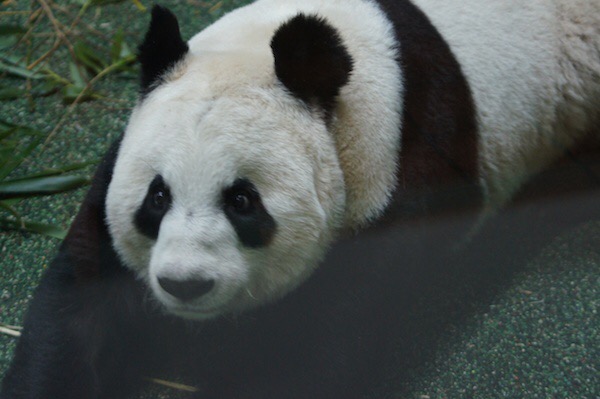 It appears that there might be a pitter patter of panda paws this year – perhaps. We have been here before after all, as there has been a lot of speculation in the past that the pandas were going to become Mom and Pop. Sadly on previous occasions there I may well have been a pregnancy but no cubs were born.

It is Tian Tian’s own birthday today so it would be a good day for it. She and Yang Guang are now both 14 years old.

Although there is correspondence released under Freedom of Information legislation between The Scottish Government and the Royal Zoological Society of Scotland suggesting that the female Giant Panda Tian Tian could be pregnant, nothing is ever that certain.

The zoo has issued a statement :

A spokesperson for RZSS Edinburgh Zoo said: “Giant panda breeding is a very complicated process but we believe that Tian Tian is pregnant.

“Although a specific date was suggested, like all babies, it’s hard to predict precisely and the panda breeding season can last until late September. Tian Tian is being closely monitored by our expert team and we will be the first to share any news as soon as we can.”