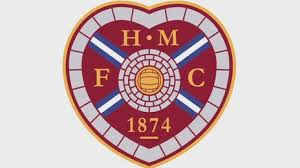 Two weeks after opening their 2017/18 Ladbrokes Premiership campaign with a defeat at Celtic Park, Hearts returned to Glasgow on Saturday to visit Rangers. The Maroons headed back along the M8 with a well-earned point following an afternoon of hard work for the team.

As expected, Hearts Interim Head Coach Jon Daly brought attacking midfielder Jamie Walker back into the team – at the expense of Rafal Grzelak – but this was the only change from the team that won at Kilmarnock seven days ago.

With Walker operating alongside Kyle Lafferty, Arnaud Djoum and Isma Goncalves, Hearts were signalling their intent that they believed they would match Rangers. But it was the Ibrox team who created the game’s first real chance in the eighth minute when fine play from Windass found former Hearts defender Lee Wallace who fed Kenny Miller who seemed set to score. But Hearts Christophe Berra produced a brilliant tackle on the Rangers man, yet more evidence of how important the Scotland centre half will be to the Gorgie team this season.

Hearts almost opened the scoring in sensational style in the 17th minute. John Souttar burst forward and fired in a ferocious effort from more than 30 yards which smashed against the crossbar. The rebound fell to Kyle Lafferty but the former Rangers player put his shot on goal wide. It was a real let-off for the home side and one which those in maroon hoped would not haunt them later.

Ten minutes before half-time Michael Smith saved the day for Hearts when he cleared an effort from Alves off the line.

Rangers sensed a breakthrough now and they would have got it had it not been for a brilliant save from Hearts keeper Jack Hamilton three minutes before the break. Miller was allowed to take a touch before firing an effort on goal which Hamilton turned away with his leg.

Hearts almost opened the scoring moments after the re-start when Don Cowie sent a long ball forward for Isma Goncalves but the goalscoring hero from last week couldn’t control the ball and his eventual shot was blocked.

Given they had lost to Hibernian at the same venue last week, Rangers were obviously eager to make amends to their supporters and began to up the ante. Their tactics, however, seemed to be to deliver cross after cross into the Hearts penalty box with no finishing touch. That said, a mistake from young Jamie Brandon allowed Kranjcar an opportunity but Jack Hamilton produced another fine save.

With ten minutes left, Krystian Nowak failed to get to another Rangers cross but Hardie’s subsequent shot on goal was deflected.

In the end, a satisfactory result for Hearts, particularly when you consider their awful record on the road last season. Visits to Celtic Park, Rugby Park and Ibrox in the opening three games have yielded four points and, given the Betfred Cup debacle and the dismissal of Ian Cathro five days before the league campaign began, is a pretty decent return.

The more points Hearts can pick up on their early season travels the stronger they will be when the plethora of home games begin in the autumn.

One final mention for the 1,065 Hearts supporters at Ibrox. Their support, as always, was immense, something the Hearts players certainly acknowledged at the final whistle.