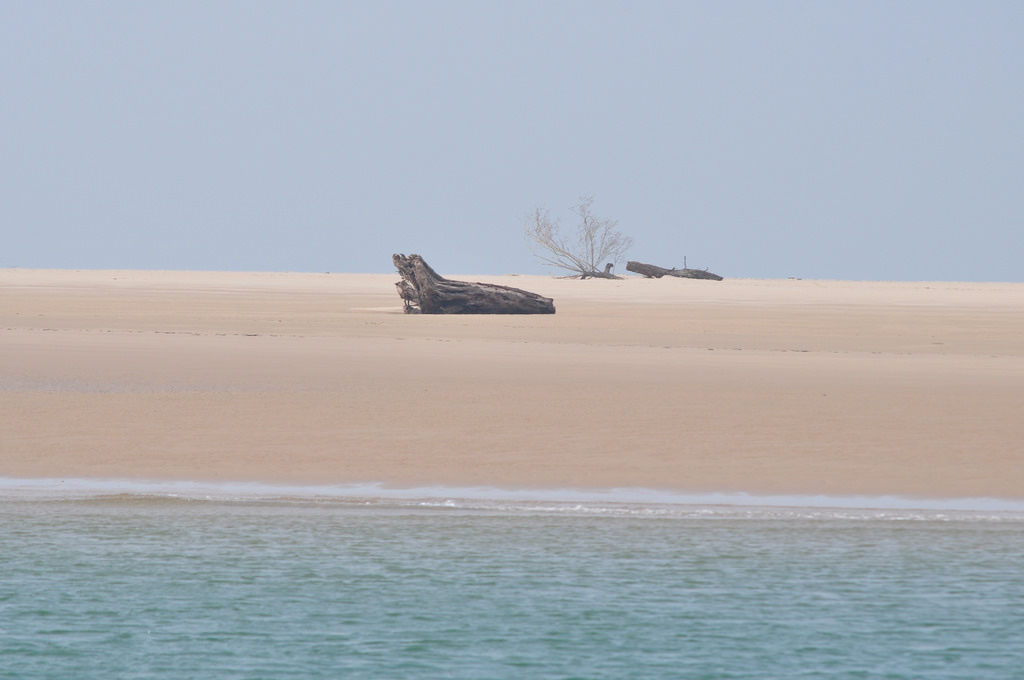 ‘Most people live on a lonely island
Lost in the middle of a foggy sea.
Most people long for another island
One where they know they will like to be.’

So sings Bloody Mary in the musical South Pacific. She’s talking about Bali Hai, the mysterious island to which she lures unsuspecting soldiers. Islands fascinate us all, and no-one more so, perhaps, than Mallachy Tallack and Barry Smith, two authors who have written very different books about very different kinds of islands. At the Edinburgh International Book Festival on Tuesday they discussed their work with Rosemary Burnett. Outdoor explorer and professional woodturner Barry Smith was born in Essex, which may not be an island in itself but has more of them than any other English county. He had his first island adventure when he and his brother discovered a lake with one in the middle. Much as they wanted to explore this ‘tangle of wild nature’, these two primary school boys had to wait till winter came and the water froze before they could make the crossing. What happened next is revealed in Barry’s book Island in Imagination and Experience. Since then Barry has travelled the world to study islands, their geography, politics, culture and economics. He’s even kayaked round Cape Horn – and he says writing Island was even harder than that. Malachy Tallack is far less interested in real islands than fake ones. The acclaimed author of Sixty Degrees North was born in England but grew up on Shetland, so islands are in his blood. In his new book The Un-Discovered Islands he focuses on twenty four islands that at one time or another were believed to be real, but have now disappeared from the map.  These islands were either imagined, purposefully made up or simply charted by mistake, and what Malachy saw in them were their stories – or their potential for stories. People, he says, have always invented islands, particularly people who live at the water’s edge – they want something to be there, across the water, something other than the vast nothingness of empty sea.

‘Islands are perfect metaphors for other worlds and other lives.’

He found that most books about imagined islands focused on location and maps rather than the question of how those islands ever made it onto maps in the first place.

‘I like the mystery that remains, the fact that sometimes no-one knows how they got there.’ Do islanders, asks Rosemary Burnett, always want to get off, to move to the city? Both Barry and Malachy think that more people want to get on – city dwellers see islands as remote places to escape from other people, though when they arrive they find instead that they are now surrounded by a small community where everyone knows their business, and they often don’t like that. Islands, says Barry, are a persistent theme in literature; we are attracted to being Robinson Crusoe, but very few of us will be – and it’s important to remember that Crusoe wanted to be rescued.

Malachy chose his 24 non-islands quite randomly, starting with Frisland because he’d already looked at it in Sixty Degrees North. It’s a  ‘phantom island’ that appeared on maps of the North Atlantic for about a hundred years from 1560, somewhere south of Iceland, although its alleged location moved around a bit. In his search for missing islands Malachy did a great deal of research, most of it online, looking at old maps but more especially at sailors’ journals, reading their own accounts of what they saw, and what they thought they saw. Barry talks about Hy Brasil, an island said to be off the coast of SW Ireland. It was only seen occasionally, but interestingly it lasted on maps for a very long time, even though no-one knows how it originally got there. Although books say it’s part of an old Celtic myth, recent research shows that it appeared on maps in the 15th century, whereas the myths about it didn’t start till over three hundred years later. What was it, and where did it come from? Malachy thinks the name probably has something to do with a red dye that also gave its name to Brazil. In 1936 a writer mentioned the island in connection with the people of the Blasket Isles, today part of the Gaeltacht.

Other islands were probably made up just to satisfy people’s egos, or, like Isle Phelipeaux in Lake Superior, to get more funding. Sometimes, says Malachy, it’s difficult to know whether an island ever did exist, or was always just fake.

Even ‘real’ islands come and go, adds Barry. Modern satellite technology means map makers are constantly deleting islands and finding new ones. The National Geographic Society struck Sandy Island in New Caledonia off its maps as recently as 2012, after scientists ‘undiscovered’ it. Meanwhile a new island, L’île mystérieuse (below), has appeared off the Gironde estuary in SW France. No-one knows where it came from, though some locals insist it’s just a sandbank that’s been there for years. It’s even got its own Liberation Front.

‘When you land here, you feel you have reached a different world.’ (Patrick Le Guinio, Chairman of the Royan Yachting Association.)

And difference is perhaps islands’ greatest attraction. They don’t have to be remote – as Malachy points out, ‘remoteness’ is a shifting concept, depending entirely on where you start from. In Shetland, London is remote. Eel Pie Island in the Thames is only a short distance from the towpath at Twickenham, but in my childhood it always seemed mysterious. What islands – whether they’re in Twickenham or the Turks & Caicos – offer us is what Barry calls ‘a deeply paradoxical experience’.  An island can be paradise, but it can also be hell. And it stands alone against the sometimes terrifying sea. It’s not just storytellers who find islands attractive. Scientists love them because they are like natural laboratories, and governments find them very useful for doing things no-one would let them do on the mainland – testing toxic drugs and atom bombs, mining precious minerals – all these have been inflicted on poor little islands. What’s more, they can be politically valuable, allowing countries to claim rights to many thousands of sea miles around them. Rockall, Barry points out, is basically a rock, but with it comes the (albeit questionable) right to an Exclusive Economic Zone that may well come in handy. No wonder Ireland wants it back. It’s not just a feature of the shipping forecast – it’s even been the subject of a song, the rather predictably titled Rock on, Rockall. Small islands, says Malachy, are fragile, and not just ecologically;

‘The damage we do to these little places is a warning against what we might do elsewhere.’

When Barry returned to the tiny island of his schooldays, it too had disappeared – not eaten by sea gods or bewitched by some enchantress, but swallowed up by what some would say was a much greater evil: urban development.

‘I knew that the secrets of the island would never be revealed to me….The mental map I had carried for fifty years was no help. It was my island and like me it was vulnerable.’

Island in Imagination and Experience by Barry Smith is published by Saraband.

The Un-Discovered Islands: An Archipelago of Myths and Mysteries, Phantoms and Fakes by Malachy Tallack is published by Polygon, an imprint of Birlinn Ltd.