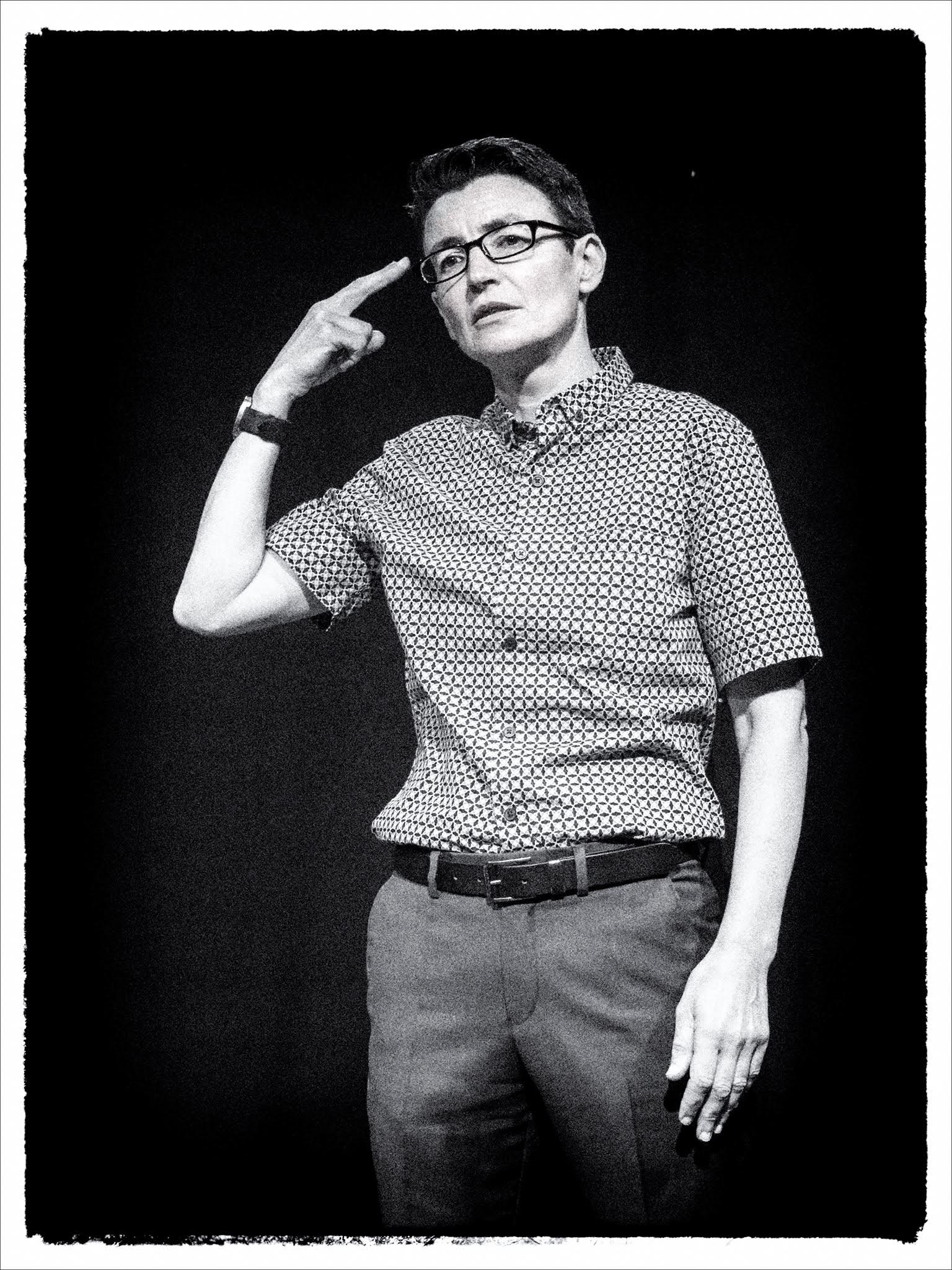 Once or twice in a lifetime a performance comes along that strikes a chord so pure, resonates so loudly with your own experience, that the performer seems to have seen into your soul. Many years ago in a church hall I saw a stage play of Susie Orbach’s revolutionary Fat is a Feminist Issue. I can still remember recognising myself in every scene – in fact I can still sing the chorus of one of the songs ‘Is she thinner than me? Is she thinner than me?’

On Saturday Lucy Aphramor (aka The Naked Dietitian)’s brilliant one-woman show Raise the Roof hit that same chord. I urge you to see it. Lucy is a registered dietitian who worked in the NHS for many years. She wanted – of course she did – to help her clients sort out their issues; she gave them the standard NHS advice; eat less, exercise more, don’t smoke, limit your alcohol intake. Then she realised that none of it was working. Try as they might to follow instructions, people still had eating disorders and IBS, still hated their bodies, still had wildly dysfunctional relationships with food. People didn’t get thinner.

‘Canvassing answers from wheatgrass to Atkins and brick walls and back….the joyless treadmill of it all.’

It was time for change.

In this outstanding spoken word piece, Lucy takes us through her own experience, and the experiences of everyone who has ever been marginalised, stigmatised, patronised and blamed. Her sharp, beautifully honed phrases are shafts of light, illuminating the iniquities at the root of society and the madness of seeing behaviours in isolation, of blaming the individual instead of examining – and addressing – the political and social factors that so often lie at the heart of our health, or lack of it.

RD Laing famously said that people’s expressed feelings must be taken as valid descriptions of their lived experience – in other words, taken in context ‘unusual’ behaviour and ‘mental dysfunction’ were neither unusual nor dysfunctional; they were a logical reaction to an individual’s situation. Lucy started to look at this truth in a wider, socio-political setting. She found, for example, that there is a strong and well-documented correlation between high blood pressure and racist oppression. African-origin people living in the Caribbean have much less of a problem with high blood pressure than those living in Britain or the US.  Could that be because, just maybe, the latter are routinely subject to the stress caused by harassment and discrimination?

not for the first time a young black man

is asked to prove himself on the tube’

The people with power and privilege in the First World are generally pretty healthy and long-lived. Not only do they have better nutrition and health care; they have self-value, oodles of it, bestowed on them simply by virtue of their birth, their gender and the colour of their skin.

In Raise the Roof  Lucy – with no notes, no soundtrack, no props except a few used train tickets – takes us on a hugely emotional journey; pressure builds and builds (though not without the occasional joke) until it explodes. But this is no pretend; she feels what she says;

‘I’m tearing my heart out on stage for you because I know it regrows and I’m shit scared you don’t.’

By the end of the hour we feel as wrung out as she does. As a queer woman, she knows about ‘the unrelenting everydayness of normative views’ (Food for Thought, Diva January 2017); homophobia, fat-shaming, misogyny, racism, sexism. And her compassionate message is this:

‘Enough: You are enough, which is plenty, ample….It’s OK to rock your own ordinary.’

‘This is your body   you can go back: occupy befriend tend connect..’

And, most vitally of all

‘The fact that things are crap does not mean you are.’

But Lucy has a further message; don’t say you’re fine, don’t ‘bounce back.’ When you have the energy, feel the experience, feel the pain, and fight, for yourself and for everyone still in the black hole of misery;

‘I bleed when I’m cut and these days I warm to blood’s drip….I have screwed up. I am enough.’ Lucy has now left the NHS and set up her own practice. She is a member of the Dietitians for Social Justice group, and has developed the Well Now approach to health and wellbeing, which ‘teaches body respect and health-gain for all. It integrates social factors, pays attention to trauma, and supports people to improve their overall wellbeing. It bridges both self-care and social justice which marks it as different from other approaches.’

In Scotland Well Now has been adopted by the enlightened Highland Health Authority, some of whose dietitians were at yesterday’s performance.

‘We should be able to say, “This is my truth,” and have that truth stand without a hundred clamoring voices shouting, giving the impression that multiple truths cannot coexist.’ (Roxane Gay Bad Feminist)

Lucy Aphramor is on a mission to help us find our own truths; ‘I am on fire.’

Lucy is selling copies of the script of Raise the Roof at £6 (or more if you can manage it) to help her friends Leela and Jamie, whose (thatched and therefore uninsured) house was recently destroyed by fire. It’s well worth having: catch her after the show.