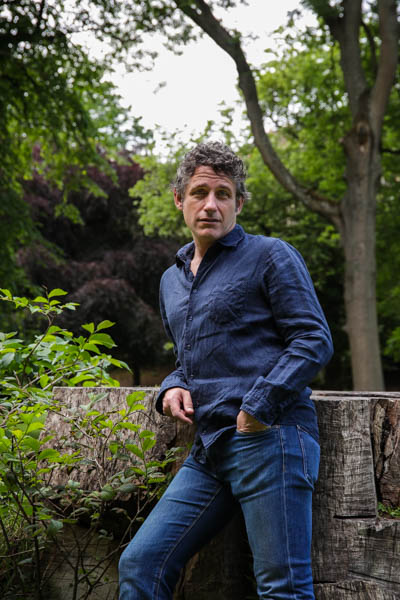 Tom Stade is appearing at the Fringe this August and will bring his national stand up tour home to the capital in November too.

As a Canadian who now lives in Edinburgh, he is well known on our streets and now he will make us laugh once more with his I Swear show. We are promised that the show will be mischievous, carefree and enlightened with no subject off the menu.

He is one of a kind with a genuine flair for observation and improv, and yes there might be a few swear words in there too!

The Canadian now lives in Edinburgh and during his show nothing will be taboo. He promises you the truth (but as we found he gives little away!)

We met him recently to see if we could find the real Tom, but honestly he is a real comic even in person. So we don’t think that we learned anything revolutionary about what makes him tick.

We asked if it would be funny and he said it would be funnier than the last eight shows he has done. He feels more prepared for I Swear and he confessed that he does swear though he calls it punctuation rather than swearing!

What are you talking about in the new show?

I am going out there to just try and be a little bit honest with myself and some of my family members may be subjected to some home truths that they may not want to hear.

The funny part is that I think when I say this that it is a relatable thing. Instead of trying to pander to them I want to try and get right into their gut. So my words will trigger a memory of theirs.

Apart from his family the other material comes from experience, travel and his skill to tell a joke.

“Sometimes I can make something very untruthful seem very truthful!”

Other material comes from whatever is going on in the world around him but Tom tries to steer clear of what he calls ‘easy politics’.

“I would try and talk more about child soldiers than Donald Trump because I find it more interesting.

“I took a year off and went back on the circuit to hone all these jokes so they are now comedy club ready which means they are stronger than Edinburgh ready!”

A strong set in a comedy club is different from an Edinburgh set due to the length of it. In a comedy club a comedian like Tom would only do about 20 minutes and here he will talk to you all for an hour.

He is confident that his memory will hold up!

Tom starts a 67 date UK tour a couple of weeks after the Festival.

You can watch our video of our interview with him here