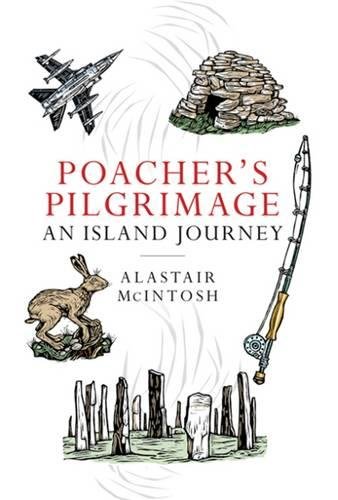 Alastair McIntosh was born in 1955 at Leurbost on Lewis, that northern part of a Hebridean island with two names, two identities.  Forty-three years earlier, a certain Mary Anne MacLeod had been born just eight miles away in the village of Tong. The First World War had decimated the male population of the island, leaving little work and few prospects of marriage. Miss MacLeod left the island in 1930, arriving in New York one day after her 18th birthday. In 2016 her son Donald was elected the 45th President of the United States of America.

‘The oppressed are often left with no option but to become the oppressors.’

In conversation with Jane Fowler (BBC Scotland Editor of Speech Programmes) at St Andrew’s & St George’s West Church last week, Alastair spoke about his latest book Poacher’s Pilgrimage – An Island Journey, in which he describes his return journey to the island of his birth, and the walk he took from the far south of Harris to the northern shores of Lewis. It was a walk into history, into politics, into science, into spirituality, and into the imagination. Or, as he describes it;

‘a twelve day walk through remote and rugged terrain on the island of my childhood to explore the roots of war and alienation in our times.’ Alastair is a writer and academic known for his activism, especially in the area of land ownership reform. He was heavily involved in the Isle of Eigg Heritage Trust’s 1997 purchase of the island, which took place after years of neglect of the land by absentee landlords.

In 2006 Alastair was appointed to the honorary position of Visiting Professor of Human Ecology at the University of Strathclyde; he is also an Honorary Fellow of New College. He opposed the building of a superquarry at Lingerbay on Harris, inviting the chair of Lafarge SA, the quarry company, to visit the island so that he could understand the meaning of the land to its people. He has, says Jane Fowler, an ‘outstanding ability to talk openly with those of differing points of view’.

In planning his walk Alastair especially wanted to study the chapels, or temples (the ruins of pre-Reformation buildings), the ‘healing wells’ once prevalent throughout Scotland, and the faeries., which he sees as a metaphor for the imagination, a way of engaging with the inner life. But mostly he wanted to think about war, and the resolution of war. What could be more topical?

Just before he set out, Alastair, a peace-loving Quaker, had paid his annual visit to the Geneva Centre for Security Policy, where he’s been invited for over 20 years; it was inevitable, therefore, that confllict was still on his mind as he zig-zagged across the island;

‘I grew up on an island that has been shaped by war.’ As he walked, Alastair recognised not only reminders of his own childhood (‘the kipper-scented wisps of smoke’, the wooden poles left over from old ships ‘vessels laden full of memories’) but also the signs and remnants of much earlier times. For four days he walked through an unpopulated valley between Harris and Lewis, a land of deer and eagles, the site of the ‘Loch of the Cascading Cliffs’ – and all around him he saw ancient structures and clues, the brochs and beehive dwellings, the ruins of houses.

In his youth Alastair worked as a stalker’s pony boy (he approves of stalking; ‘traditional stalkers love the land, and the deer’) Back then, when he asked about those abandoned houses, he was always told that the inhabitants had left to seek work. ‘Had they heck? They’d been cleared’.  As part of his research for Poacher’s Pilgrimage he worked for a week with the old stalker’s son, finding the very site from which the US President’s own maternal ancestors had been evicted. In the 1820s, he explains, all of the villages on the north- west coast of Harris were forcibly cleared by their landlords, and replaced by sheep.

The landlords needed the profits of their sheep farming to pay off gambling debts. Some of the orders for the evictions were sent from Barbados – where those very same landlords were running slave plantations; now they evicted the families whose own sons they had shipped off to fight colonial wars. (Right: The Highland emigrants’ monument, Helmsdale)

Alastair asserts that President Trump’s ability to connect with the oppressed in 21st century America stems from his Lewis roots. In his youth, he would have mixed with emigrants from the island; he knows how to speak to the dispossessed, and perhaps more importantly to the evangelical right – and this may have won him the top job in the western world.

Of the current political situation, Alastair regards the division between North and South Korea as a remnant of the Cold War and of World War II. ‘There was a lot of unfinished business – it is our responsibility.’

What we need to do, says Alastair, is talk to one another – just as he talks with military generals in Geneva;

‘They are not warmongers – they see that war has not worked so they are willing to listen to other methods of dealing with things.’

He finds that the military are often more aware than the peace movement of the ambiguities of war. The Presbyterian churches of South Korea have called for US exercises against the North to be stopped;

‘We need to understand the minds of nations who have lost millions of people to war since the 1950s.’

5 million North Koreans died in the Korean War. Recalling the Iraq War, Alastair asserts that at least three-fifths of the senior military believed it was illegal, but also felt they had to obey their democratically elected Prime Minister. (‘What do they feel now?’) Similarly, although he is a Quaker, Alastair is keen to talk to those of other religious persuasions. Entering a Free Church on a Sunday, he heard a ‘mindblowing’ sermon on Joab, then was invited to the manse, where theology was debated for hours ‘over a very good lunch.’ The Calvinism introduced by the old Highland landlords may not be to Alastair’s taste, but he meets people on their own terms, saying that modern Calvinism has become the way that spirituality is experienced in the islands;

‘Go into a Free Church, see the real heart of the people.’

Communion – not only with the past, but with our contemporaries – lies at the heart of Alastair McIntosh’s message. He ends his talk with a sonorous reading from part of Sorley MacLean’s Hallaig , translated from the original Gaelic by the poet (right);

‘the dead have been seen alive…..and their beauty is a film on my heart.’

This unusual hour made me think a great deal about the history of the Western Isles; things I half knew fell into place, or rather, found a new place as Alastair brought them together. It also made me look at the Free Church in a new light.

Alastair may be a little eccentric – his own website quotes The Scottish Landowners’ Federation as saying ‘Nobody takes Alastair McIntosh seriously’ – but he is also one of those rare individuals who just keep on ploughing their own furrow, firm in their beliefs but also wide open to others. Alastair McIntosh; a passionate peace-maker for a troubled world.

Alastair will be the speaker on BBC Radio 4’s Thought for the Day on 31 August 2017. 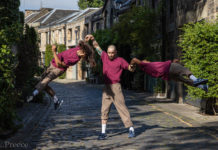 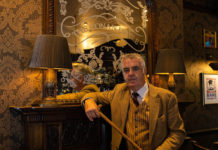 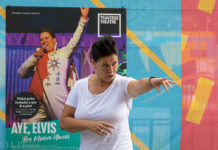 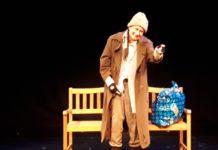 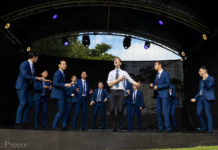 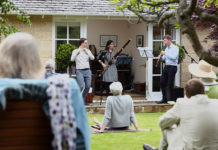