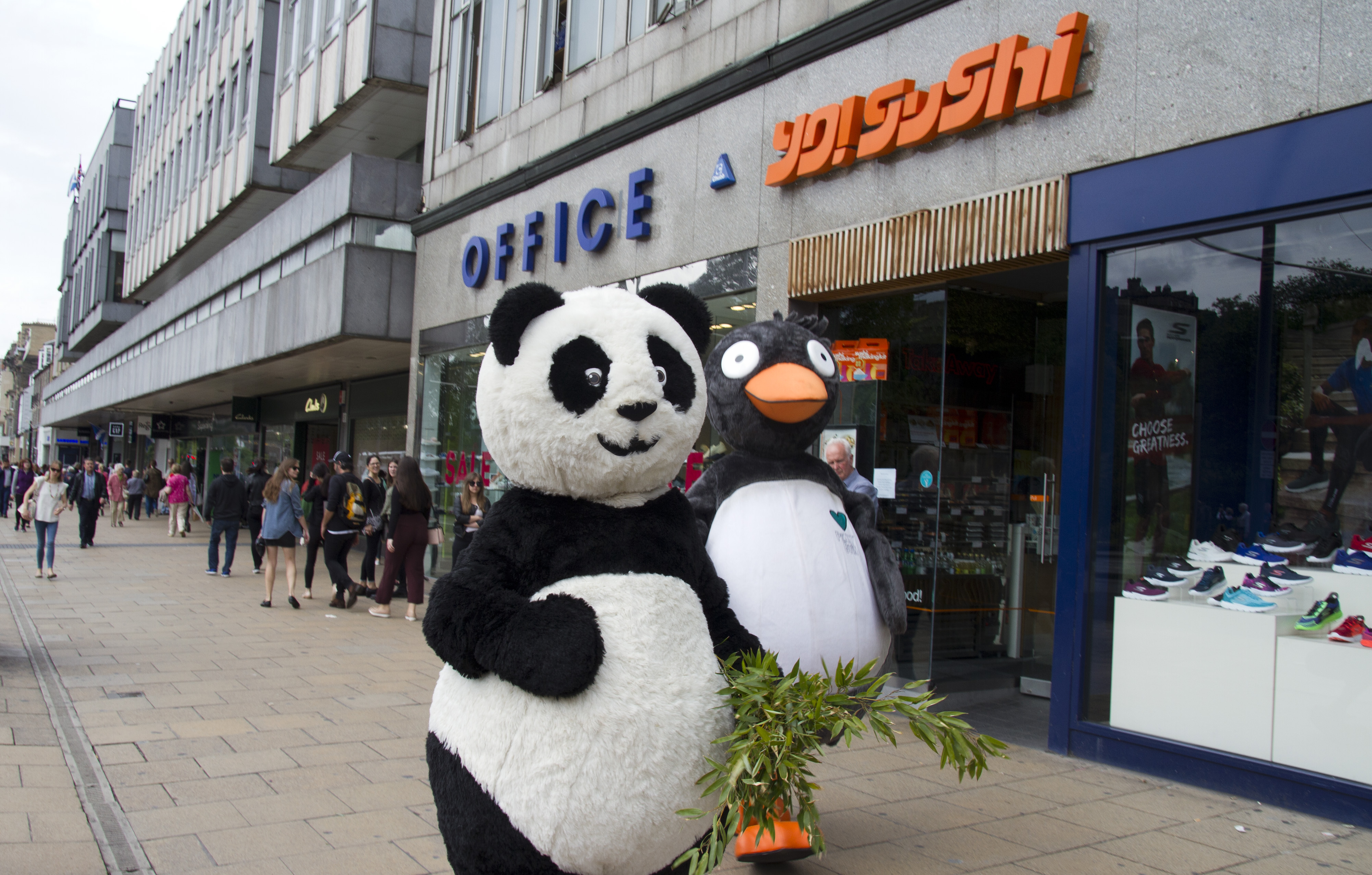 It is known as one of the most iconic opening scenes in modern cinema – Trainspotting’s Renton and his hapless sidekick Spud running full tilt along Edinburgh’s Princes Street. Shoppers watched in bemusement as the mascots re-enacted Ewan McGregor and Ewen Bremner’s infamous slalom through the Capital during recent filming for the 40-second video. In the video’s opening sequence, the panda drops his bamboo before beginning to race his penguin pal around Edinburgh city centre, finally arriving at Edinburgh Zoo.

The release of the video, premiered on YouTube, marks the launch of the new T2 movie release on DVD as well as the closing weekend of the Edinburgh International Film Festival and the start of the Scottish school summer holidays.

Barbara Smith, Chief Executive of the Royal Zoological Society of Scotland (RZSS), said: “Trainspotting contains some of Edinburgh’s most iconic characters and we decided to bring them together with a few of our own. It’s been tremendous fun making our parody and we hope the public enjoy watching it as much as they enjoy visiting RZSS Edinburgh Zoo this summer.”