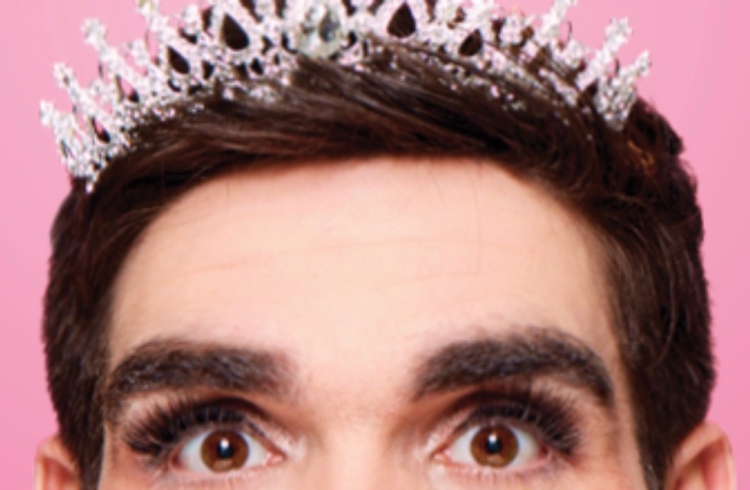 From the team who brought you the sell-out hits Dizney Rascal; Margaret Thatcher Queen of Soho and How to Win Against History; winner of a VAULT Festival Comedy Award and an Underbelly Untapped Award…

Inspired by true events, Prom Kween tells the story of Matthew Crisson, the first ever boy to win the coveted US high school title…and the bitches who tried to stand in his way. With an original book and score by musical comedy award winning duo Rebecca Humphries and Joanna Cichonska, Prom Kween is a coming of age comedy for those who hit that age years ago. It’s got it all; the jocks, the nerds, the mean girls…and RuPaul Charles. Yes, Hunties – RuPaul Charles.

Part parody, part homage to the American High School genre Prom Kween also satirises modern day America and it’s contradictions surrounding what is acceptable. This is a country whose President wants to build a border wall with Mexico, while the highest rated reality programme is a race to become America’s next famous drag queen. Prom Kween celebrates the country’s contradictions…while obviously ripping it to shreds.

It’s a show for any kid who took their glasses off and still didn’t look pretty.

Any kid who couldn’t understand why being a bitch made boys like you.
Any kid who questioned what it meant to be beautiful.
It’s a story of falling in love; with who you are.

In 2014 Rebecca Humphries, Jo Cichonska and Sam Swann came together with the aim to reinvent musical comedy. Their debut show Dizney Rascal subsequently sold out the entire Edinburgh run, was the Scotsman’s ‘Pick of the Fringe’ and was performed live on BBC3’s

‘Edinburgh Comedy Spectacular’ which led to a UK tour. Rebecca went on to win the 2015 Musical Comedy Award, scooping both the Judges’ first prize and the Audience’s favourite. Prom Kween is their highly anticipated follow up.

In 2016 they joined forces with renowned producer/fellow lover of the form, Áine Flanagan (Margaret Thatcher: Queen of Soho, How to Win Against History), and as a unit they intend to set the
Edinburgh Fringe festival ablaze with their unique passion for all things fabulous as they did at the
VAULT Festival earlier this year!

The Development of the show has kindly been supported by Harlow Playhouse, Hackney Showroom and StageOne.