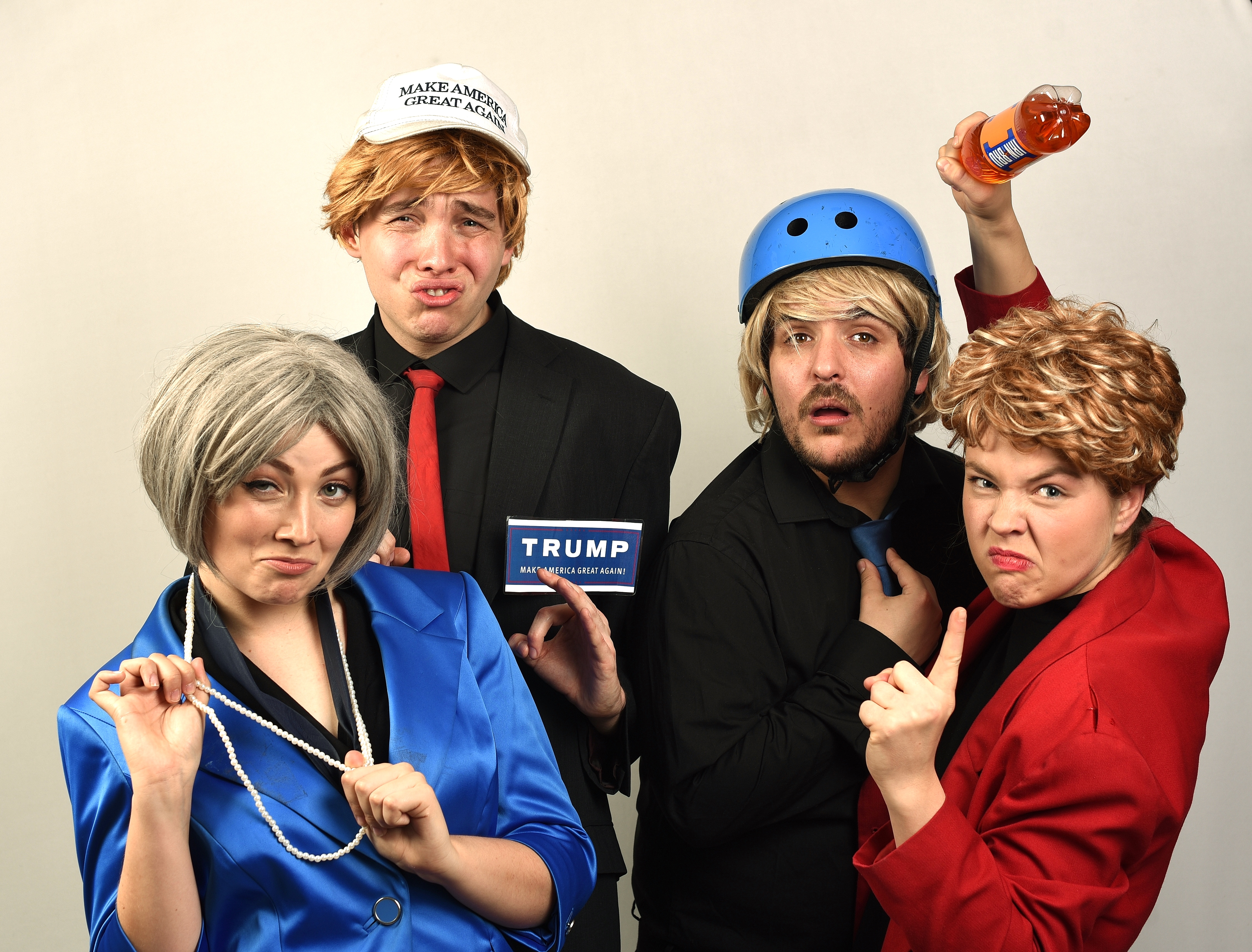 NewsRevue may be back every year but it’s always an entirely new show! This Guinness World Record-breaking, Fringe First-winning, Perrier finalist, news-based song and sketch show is where you should come if you’re in need of a cathartic dose of comic exasperation – all in the spirit of free expression.

Although NewsRevue is a Fringe stalwart its content changes all the time, reflecting the very latest world events; the Edinburgh show is a highlight of this year’s news so expect the very best of British satire with the demise of democracy, Brexit and, of course, the unavoidable Trump! And, as Napoleon once said, ‘In politics, absurdity is not
a handicap’. The excellent writing, superlative performances and original takes on current affairs make this a must-see at the Fringe every year.

Producer Emma Taylor said : “I feel as committed to and enthralled by NewsRevue today as when I first started producing it in 2001. As the daughter of a former refugee and political prisoner, producing NewsRevue is a daily reminder of how lucky we are for our freedom of speech and that we are allowed to mock the powers that be through gags, song and dance.

2016 director Katie Pesskin is returning to the show for a second year running.  She comments, 2016 was an incredibly exciting time for NewsRevue. The result of the Brexit vote and the immediate repercussions in the British government had a huge impact on the show as every day the news was becoming old news.

Things were changing exceptionally quickly – hard work for us and very exciting for our audiences!  It was NewsRevue doing what it does best and such a memorable show.