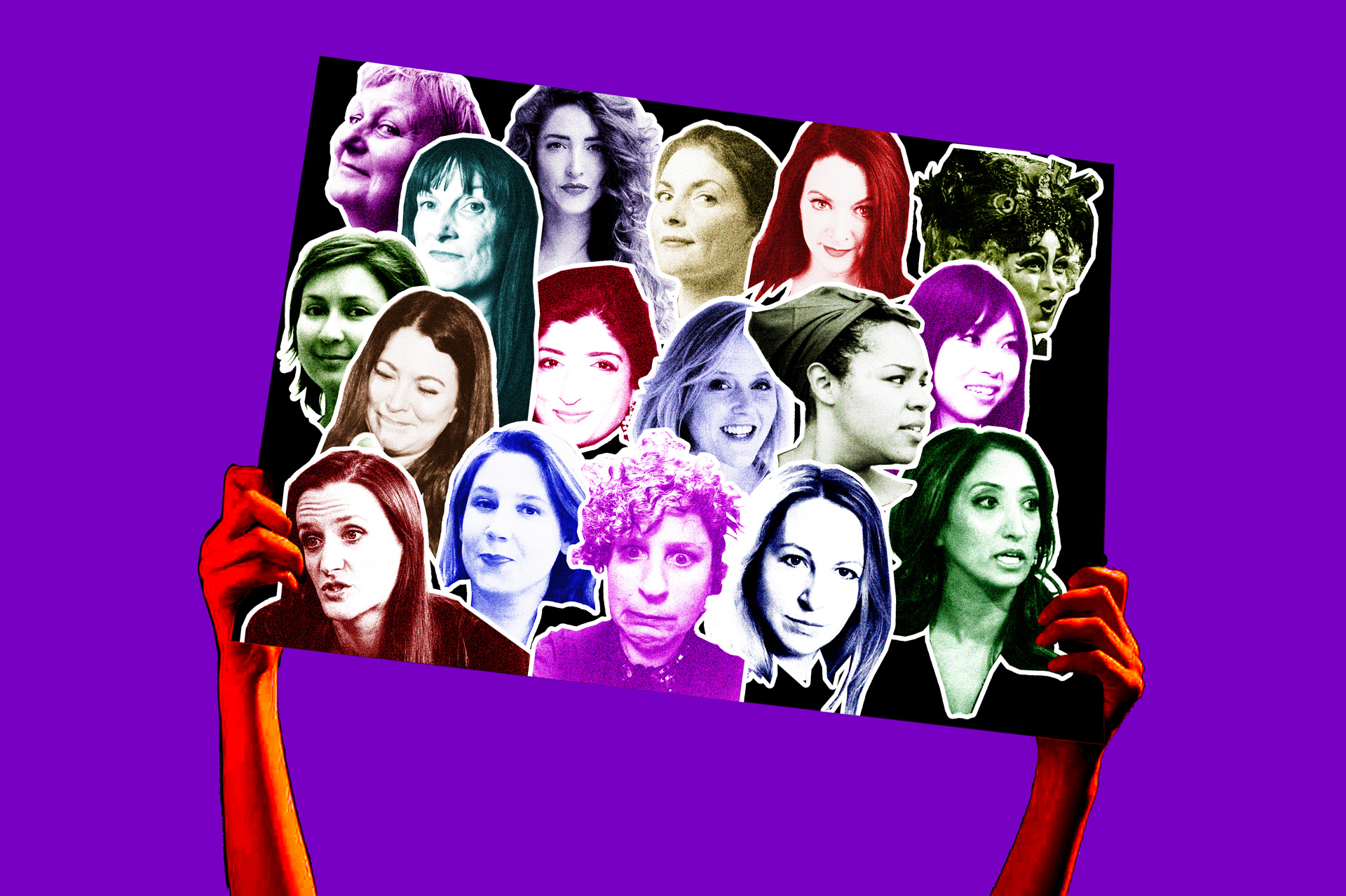 Did you support the #WomensMarch? Then the only place to march to this August is at this female-led show! A rotating line-up of talented, award-winning, critically acclaimed guests who are the the ‘nastiest’ women of this years Fringe.

Kicking ass and kicking back at anyone advocating #Walls #Bans #Hate. Sample a smorgasbord from all genres (including comedy, improv, theatre and cabaret et al, with a political/feminist bite) with a chilled backstage vibe – hear performers vent their spleen about the state of the world to all things Edinburgh, hosted by the nasty woman herself, Sajeela Kershi. Sajeela has been performing stand-up internationally since 2006, infamously getting her big break starring in Brendon Burns’s 2007 Edinburgh Comedy Award-winning show, So I Suppose This is Offensive Now? which played in venues across the UK such as the Pleasance Grand Edinburgh, The Garrick Theatre, The Soho Theatre and The Duchess Theatre where the DVD was recorded.

She made her Edinburgh Fringe solo debut in 2009 and was Hackney Empire New Act Award Finalist in 2011. In 2015 she won the Asian Women of Achievement Award for Arts and Culture, the Angel Award for Artistic Excellence and the Chortle Award for Best Comedy Club for the second time. She has been voted as one of the Huffington Post’s Top 50 Funniest Women to Follow on Twitter (@SajeelaKershi).

Aside from stand-up, Sajeela was commissioned to write and perform a series of four comedy monologues for BBC Radio Scotland around the theme of holidays and recently wrote for a Muslim/Jewish collaborative sketch pilot for BBC Radio 4 comedy.

Earlier this year Sajeela was commissioned by Southbank Centre’s Alchemy to devise and write a spoken word theatre show Mother Tongues From Father Lands which was performed as part of the Alchemy roadshow to great acclaim.

and in storytelling show Immigrant Diaries at The Stand Comedy Club, August 4 – 13 @ 3pm