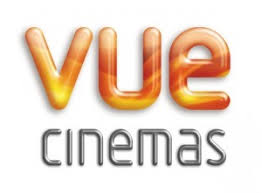 For the first time the Vue Omni Centre on Greenside Place will host films from the Edinburgh International Film Festival.  2017 sees the 70th Anniversary Year of the festival and an array of World Perspectives films will be screened at the Vue.

Robert Smith, General Manager at Vue Omni Centre, said: “The EIFF is such an iconic film festival forming an important cornerstone in Edinburgh’s phenomenal Festival calendar and we’re delighted to be a part of it this year.  We’re screening a fantastic line-up of films from across the world, including Japan, US, Italy and India and I’d urge film fans to book tickets in advance to avoid missing out!”

Mark Adams, Artistic Director of Edinburgh International Film Festival added: “EIFF is thrilled to be partnering with Vue Omni Centre for the first time in our special 70th Anniversary year. As one of the world’s leading cinema operators, working with Vue will allow the Festival to reach greater heights and expand to more audiences than ever before across Edinburgh.”

Vue’s EIFF screenings will be:

In This Corner of the World

It’s Not Yet Dark

EIFF Films will also be shown at The Odeon, Cineworld, The Filmhouse and The Festival Theatre.