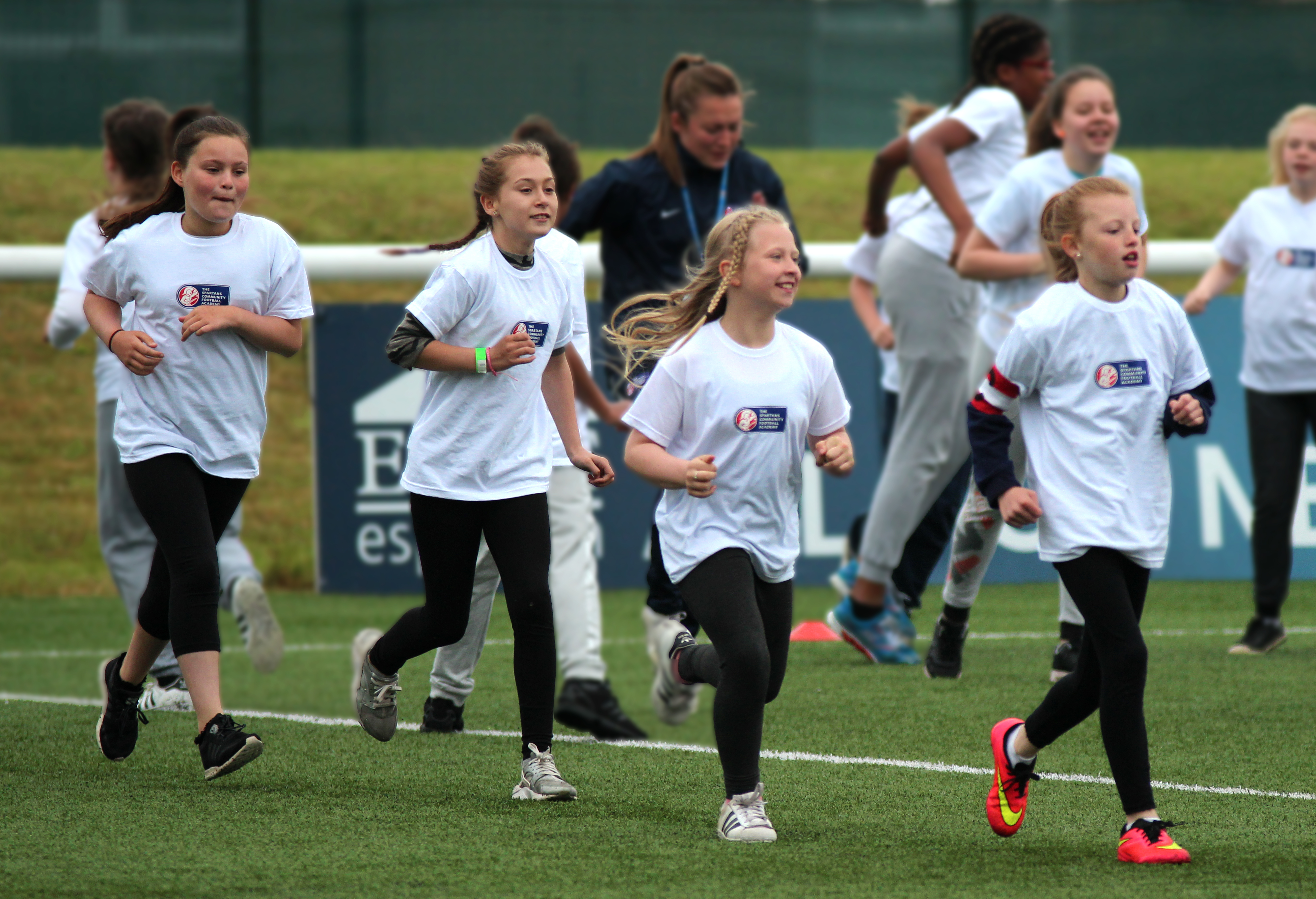 The event was part of National Women’s Sport Week and the festival brought together girls between the age of six and eight from six North Edinburgh primary schools.

The aim of the event is to offer participants the opportunity to enjoy football in a fun and supportive environment as well as boosting grassroots participation in women’s football in Scotland.

She said ahead of the event: “We are excited that 300 girls from local schools are involved in our girls football festival.

“The idea is to introduce as many girls as we can to our national game and we’ve got some great role models and coaches from women’s teams including Spartans and Edinburgh University volunteering on the day.”

“A recent UEFA study highlighted that confidence was one of the major benefits derived by teenage girls through playing football.

“In our view the important stage of involvement and development in sport takes place at grassroots level between the ages of 5-12 and it is for this reason that we are welcoming girls from local Primary Schools to our tournament.”

This year’s festival was supported by Hanya Partners, Fish is the Dish and Morrisons Granton with each participant receiving a sports t-shirt, bag, fruit and advice on how to maintain a healthy diet.