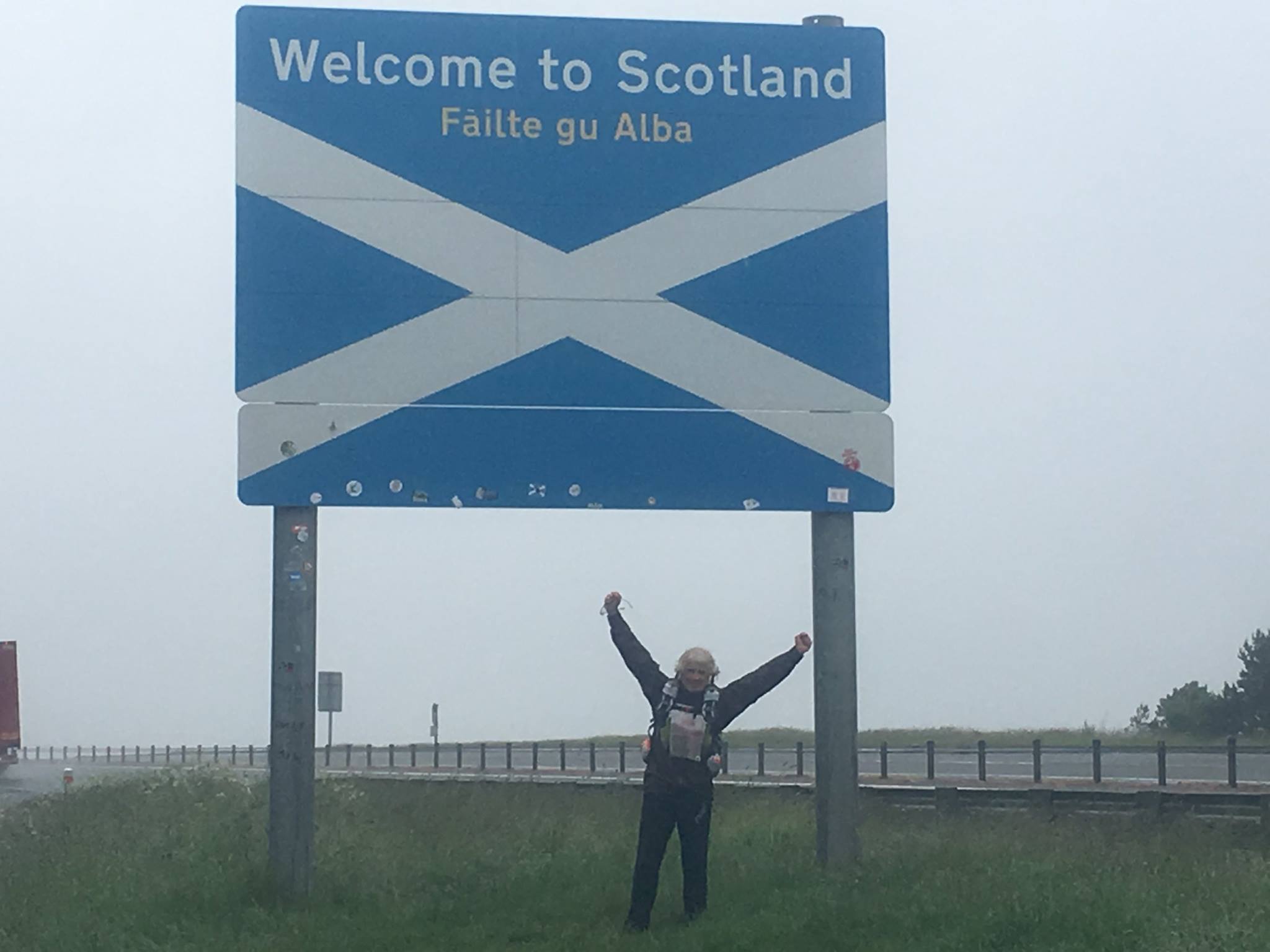 Simon Clark has now reached Edinburgh on his wee run to raise funds for Ecologia Youth Trust’s work with orphans and marginalised youngsters. He is now on the home straight with only about 300 miles to go.

He is hoping that his 5000 + mile run around the British coastline will raise around £20,000 for the charity. Without even a tent to sleep in Simon is faced with running about 30 miles a day across all kinds of terrain.

He set off from Kinloss on Easter Sunday in 2016 and has kept up with his architectural work while on his journey.

Having chosen the anticlockwise route he first of all went up to John O’Groats and Cape Wrath, then made his way down the west coast of Scotland to Land’s End. Just the other day he reached Edinburgh and he says that has met some kind people all along the route including Labour leader Jeremy Corbyn.

He has been impressed by the kindness people have shown him but not the midgies, ankle pain and stormy wet nights with only a ‘bivvy’ to shelter in.

He is following the edge of mainland Britain in an effort to test his own limits. He explained :An effort to benefit youngsters who have less fortuitous circumstances than ine seems the least I can do. The thought of carrying and needing very little while asking others to give a lot to improve the lives of children seems the best of affairs.”