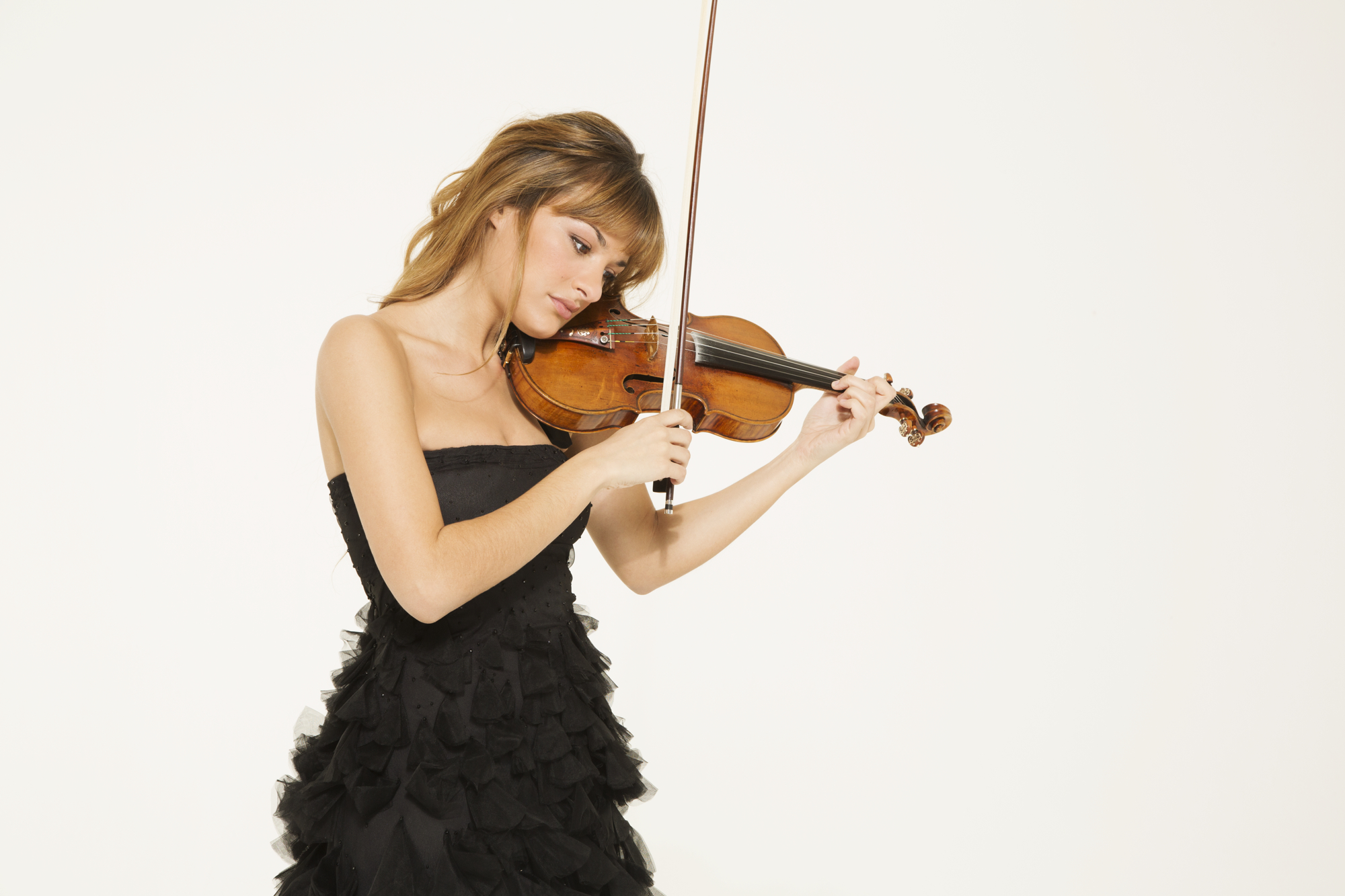 During a week when Scottish violinist Nicola Benedetti MBE will appear at The Queen’s Hall, she has also agreed to give the Nigel Murray Masterclass for five young violinists from St Mary’s Music School.

The masterclass will be held at Stockbridge Parish Church in Edinburgh on Thursday 18 May 2017. It will take place in front of a capacity audience of 330, with pupils from St Mary’s Music School joined by young violinists and teachers from around Scotland, after the school sent invitations to schools in each local authority in the country.

Ken Fairbrother, Sophie Williams, Nicholas Ross, Briona Mannion and Matilda Sacco are the five chosen pupils and each will each work individually with Ms Benedetti, who is regarded as one of the most influential classical artists performing today.

Ken is a S5 pupil from Edinburgh who will be performing Haydn’s Violin Concerto No 1 in C major.

Sophie is an S6 pupil from Edinburgh and working with Nicola on Prokofiev’s Violin Sonato No 1 in F minor.

Nicholas hails from Glasgow and is an S6 pupil who will be playing Dvořák’s Romance for Piano and Violin.

Briona is a S5 pupil from Perthshire and performing Saint- Saëns Violin Concerto No 3 in B minor.

Matilda is an Edinburgh based pupil in S4 who will play Bruch Violin Concerto No 1 in G minor.

Previous Nigel Murray Masterclasses have been held at the City of Edinburgh Music School, at the Royal Conservatoire of Scotland and at Stockbridge Parish Church.

Nicola Benedetti said: “I am delighted to be leading the fifth Nigel Murray Masterclass for young violinists from St Mary’s Music School.  It is great that a large number of young violinists and their teachers will be in attendance.  I am looking forward to the morning.”

Ms Benedetti also became the latest high profile personality in the music and arts to support the Perfect Harmony campaign which supports the plans of The Royal High School Preservation Trust (RHSPT) for St Mary’s Music School to move to the former Royal High School building in Edinburgh.

She said: “As someone who benefitted from a specialist music education, I know how much this can support a young musician’s development.  If St Mary’s Music School was able to move to the site of the Former Royal High School its pupils would benefit from much improved rehearsal and performance spaces.  The move would also help the school extend its outreach work which would benefit young musicians across the city.” Dr Kenneth Taylor, Headteacher at St Mary’s Music School, added: “We are delighted that Nicola Benedetti agreed to lead this year’s Nigel Murray Masterclass. She is not only an exceptionally talented musician but also a great example to Scotland’s young aspiring musicians.  I am also delighted and grateful that Nicola has lent her support to the school for the proposed move to the former Royal High School building.  We believe the move would represent a substantial boost to the arts in the Capital, Scotland and internationally.”

Nicola Benedetti is one of the most sought after violinists of her generation. Her ability to captivate audiences with her innate musicianship and dynamic presence, coupled with her wide appeal as a high profile advocate for classical music, has made her one of the most influential classical artists of today.

With concerto performances at the heart of her career, Nicola is in much demand with major orchestras and conductors across the globe.

Nicola Benedetti is committed campaigner for music and arts education. In 2013 she founded the Benedetti Sessions, a workshop, rehearsal, masterclass and performance project designed to engage, challenge, inspire and nurture young musicians of all abilities.

To date, the Sessions, with Nicola at the helm, has collaborated on projects with the Royal Albert Hall, The Cheltenham Festival, London Music Masters, Wigmore Hall, Glasgow Life/UNECSO, The Royal College of Music and a summer programme hosted by the Royal Conservatoire of Scotland. Winner of Best Female Artist at both 2012 and 2013 Classical BRIT Awards, Nicola records exclusively for Decca (Universal Music).

The enormous success of Homecoming; A Scottish Fantasy, made Nicola the first solo British violinist since the 1990s to enter the Top 20 of the Official UK Albums Chart. She is credited with broadening the appeal of classical music to young and new audiences through her extensive education work and appearances at events such the Commonwealth Games Opening Ceremony and iTunes Festival. Nicola was awarded the MBE in the 2013 New Year Honours, in recognition of her international music career and work with musical charities throughout the UK.