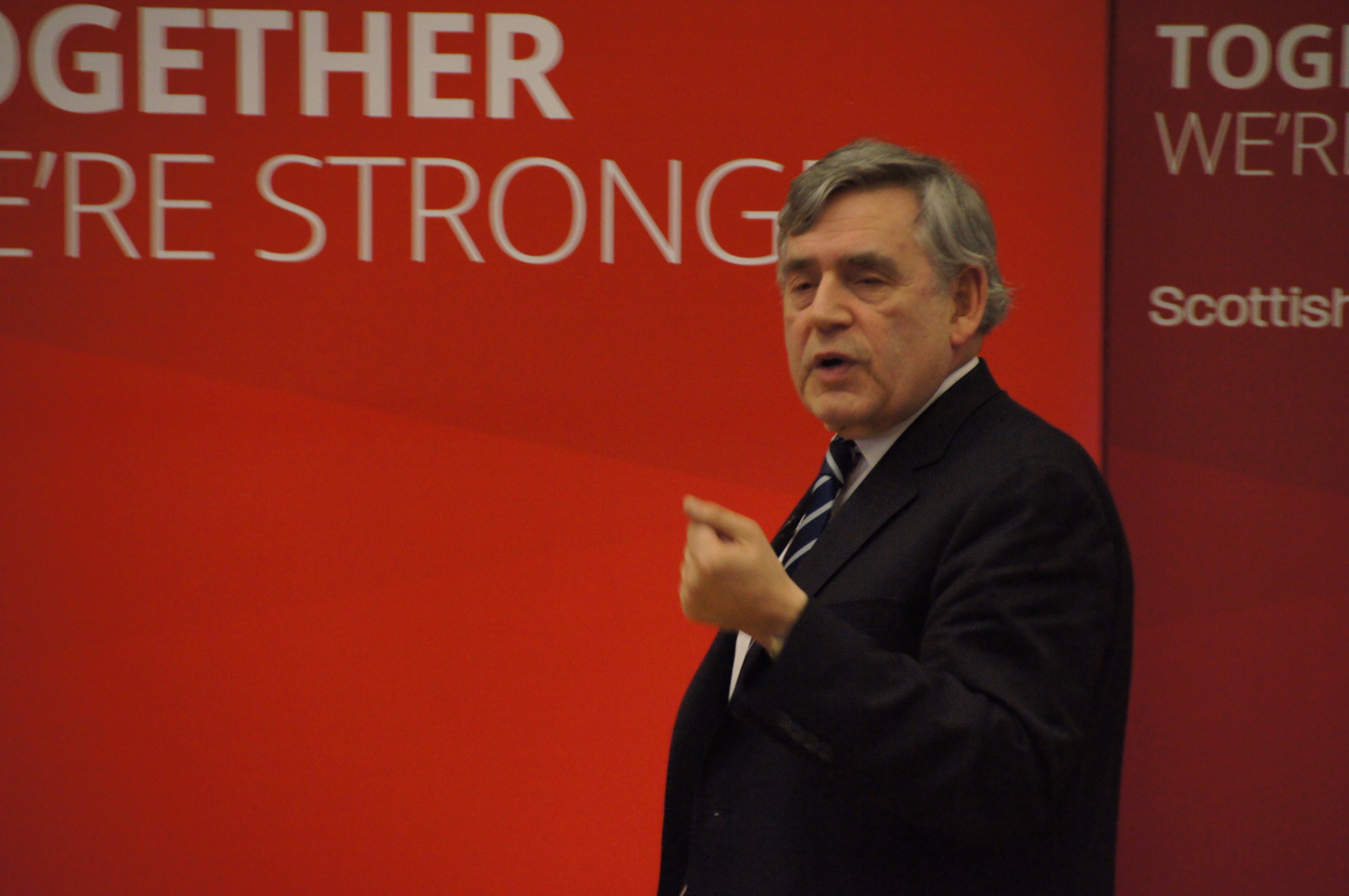 The Rt Hon Gordon Brown, former Chancellor and Prime Minister, stopped off in Liberton this evening to address some 250 -300 Labour party members in the school hall at Liberton High School.

And his speech was delivered in his usual barnstorming style.

This is part of his whistle stop tour (so whistle stop he had no time to speak to us afterwards) around Scotland as he whips up the party faithful with three weeks of the election to go.

He was in Edinburgh to endorse Ian Murray as the Labour candidate in the upcoming election, where he hopes to regain his seat for the third time.

Brown’s address was well received and made at high speed and in his loud booming voice so distinctive that we could hear him as soon as he entered the building!

Brown said : “Please work with us to increase Ian’s majority again in 2017. He deserves it and South Edinburgh needs him as their Member of Parliament.

“Ian has won this seat on two occasions. Before him Nigel Griffiths won it from 1987 onwards, and he was a brilliant member of parliament representing this seat for those years. I am the only one of the Labour people here this evening who has been a candidate and who failed to win Edinburgh South!

“I stood in 1979 and thought I had done very well to get the majority down to 2000 for what had been forever a Conservative seat, but these two did a lot better!”

And then on to politics proper.  The former premier was scathing of both Theresa May and the SNP in fairly equal measure. He commented that all that the SNP only had independence in their sights, and that Nicola Sturgeon had said as much just after the General Election was called.

“They’ve got the power to introduce new benefits and to top up these benefits. They have had these powers for some months and have done absolutely nothing. On employment he had a very sober warning : “Unemployment is about to rise in Scotland.”

Finally on the subject of Theresa May and Brexit he said that it would be entirely wrong to give her a massive majority in the House of Commons enabling her to do just as she pleased.

All in all a consummate though short performance from a seasoned politician, who when he spoke out during the Scottish Referendum campaign changed the course of independence. There may not have been much to change this evening, but it is clear that Brown is not content to stay on the sidelines and watch his party lose its place as Her Majesty’s Official Opposition.