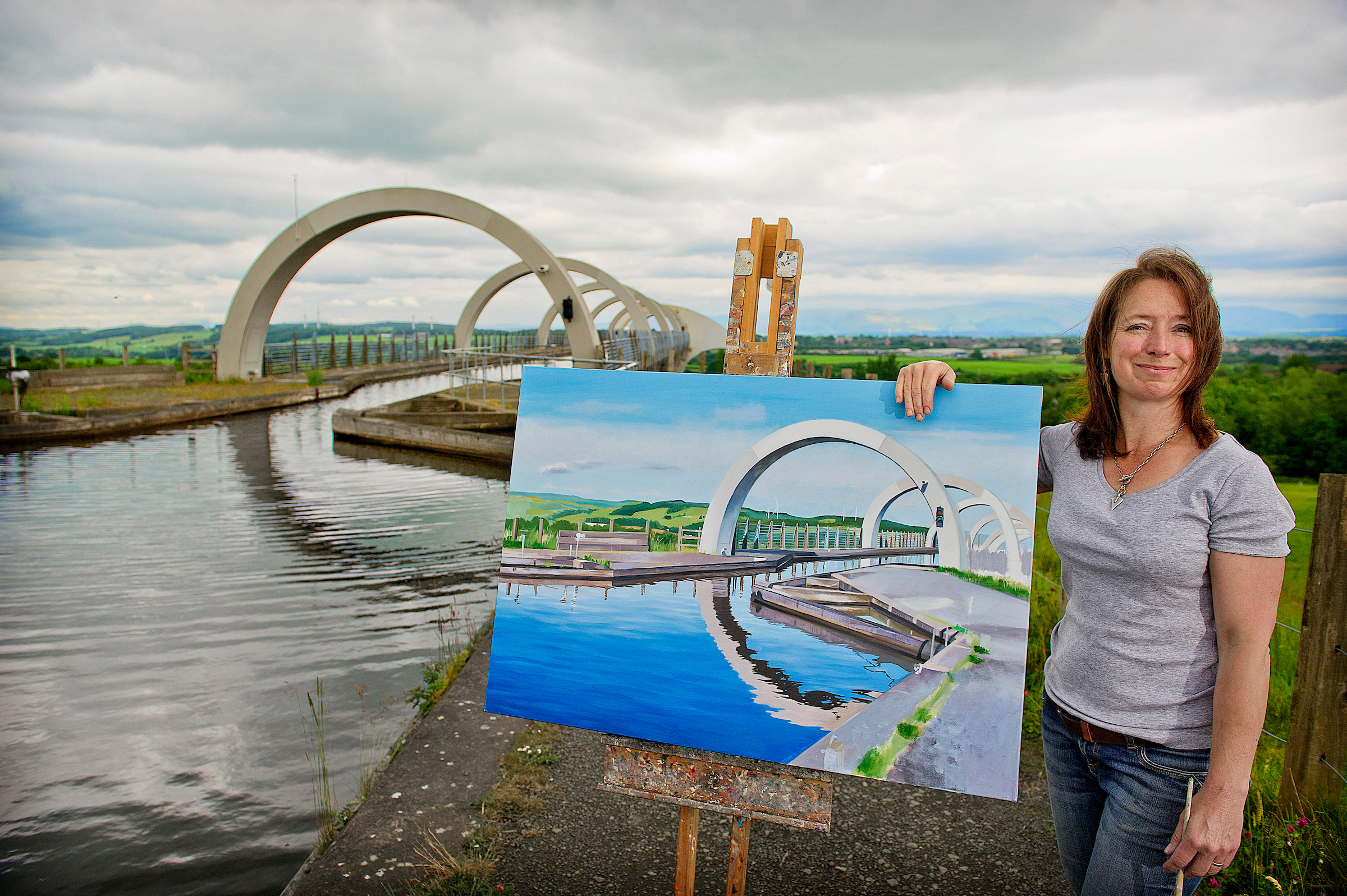 Scotland’s first canal artist-in-residence has captured the sights of the nation’s inland waterways on canvas.

And Lesley Banks has invited the public to view her work from May 6 at the Park Gallery in Callendar Park, Falkirk.

The exhibition marks the end of a 15-month residency that saw artist Lesley travel the Forth & Clyde, Union, Monkland, Caledonian and Crinan Canals creating paintings that celebrate the environments and stories of Scotland’s 250-year-old waterways.

The 40 paintings cover subjects including The Falkirk Wheel and Neptune’s Staircase and The Kelpies.

Lesley said: “From the water to the banks and beyond, Scotland’s canals are unique environments with over two centuries of stories to tell.

“I’ve used the towpaths as a studio and have captured some incredible sights on the waterways throughout changing seasons, weather and times of day.”

Richard Millar, director of infrastructure at Scottish Canals, said: “Scotland’s canals have been associated with innovative art and engineering for more than 200 years.

“Lesley’s project has helped celebrate that rich heritage and the vital role the waterways play in the communities that line their banks.”