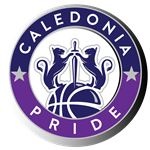 The defeat followed a confidence-boosting first win at Oaklands two weeks ago and the Dutch-born coach said the girls had put in hours of work in training before the game.

The defeat was all the more disappointing as Pride took the same opponents to overtime at Oriam recently before losing narrowly.

On this occasion, the girls failed to find the same fight and they were dismissed after only being three points adrift after the first quarter.

The signs were there however and the Tyneside team capitalised on slack passing, turnovers, a fragile defence and poor shooting to run out comfortable winners.

Impressive Alison Gorrell proved the inspiration for Team Northumbria with 26 points and she worked well with Kara Bonenberger who collected 19 points.

Also prominent was Noelia Quintas with 13 points and two other players also made double-figures.

Sarah Thomson with 21 points and Tricia Oakes with 17 stood out for the home side but they failed to ignite as a team on the day and have more work to do before they meet Westfield Health Sheffield Hatters at the Pleasance Sports Complex and Gym on March 25.