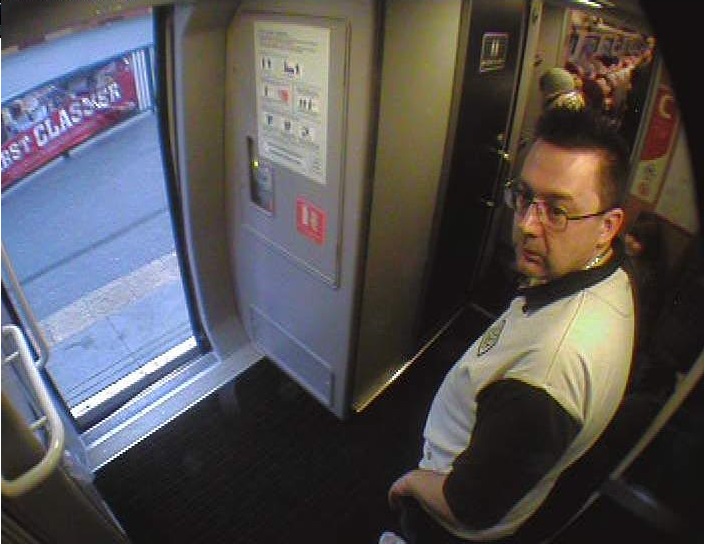 British Transport Police have released CCTV images after a toddler was assaulted on board the 4pm Edinburgh Waverley to Peterborough Virgin East Coast service on Sunday 12 February 2017.

British Transport Police (BTP) is today (20/3) releasing CCTV images of a man, as it is believed he may have information after a toddler was assaulted on board a train service at Edinburgh Waverley Railway Station.

The male is described as white, around 5ft 10ins, in his late thirties and of a large build. He has short black spiked hair and was wearing glasses, a black and white polo shirt, dark coloured jacket, a thick metal chain around his neck, dark grey jeans and white trainers. This male has a tattoo on his right arm and has a North East English accent.

Investigating officer PC Joss Froggatt, is appealing for anyone who recognises the male in the photographs to contact BTP.

Information can also be given anonymously to the independent charity Crimestoppers on 0800 555 111.