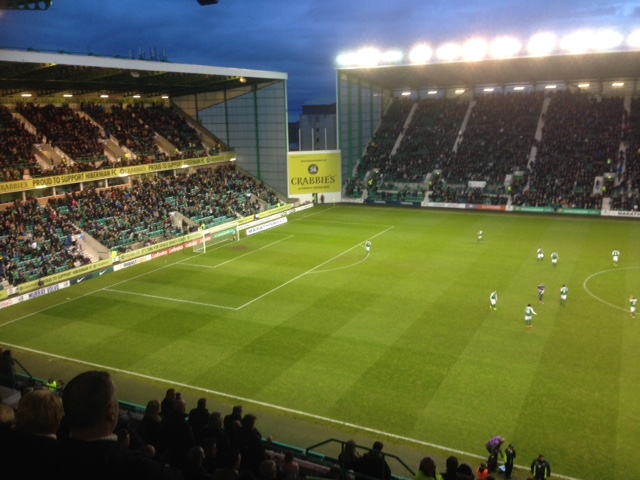 Morton boss Jim Duffy last night admitted that Kudus Oyenuga’s challenge on Jordon Forster which sparked a mass brawl and left the Hibs’ defender with a shoulder injury was ‘dangerous’ and ‘reckless’.

With the scores level in time added on, the striker flew into a tackle on Forster right in front of the Hibs’ dugout.

Duffy then confronted Lennon and players and staff from both teams joined in.

Referee Nick Walsh sent off Oyenuga then after consulting his assistant showed McGregor a red card and sent both managers to the stand.

After the game Lennon confirmed that Hibs will appeal the decision whilst Duffy insisted that he had never been involved in such an incident during his career.

He said: “It was a poor challenge from Kudus, it was dangerous and it was reckless, and I think the referee was going to deal with it.

“Unfortunately their bench reacted – and then our bench reacted, including myself, one or two things were said, there was a melee, and the ref sent us to the stand.

“There were no punches thrown. If I throw a punch you’ll know about it.

I never saw anything like that.“That has never happened to me before. I have been in football a long time and I have never been sent to stand before. It’s always good to lose your virginity eventually!”

“I don’t know how it works, maybe I should ask Lenny”