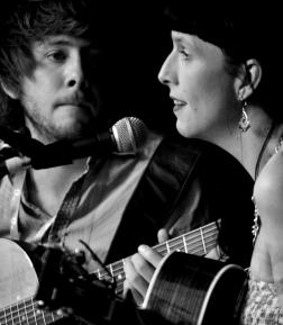 Hannah, best known for her debut album ‘Charms Against Sorrow’, and Ben of The Willows, have been touring and performing  and writing material together since 2013.  The pair released an album ‘Before the Sun’ in 2016. The pair call themselves “children of folk clubs”, both having a similar musical heritage.

The folk duo have performed in Oxford, Cambridge and Kansas last month, joining fellow folk fans in Scotland in Glasgow on the 7th of March, Edinburgh of the 8th, and Kirkcaldy on the 9th.

Hannah and Ben’s relationship is special and this is strongly evoked through through melodic harmonies:

“We’ve had some lovely shared moments with us and the audience, where everyone ‘gets it’ at the same time without us asking.  I know Hannah very well and we play together all the time. We know what each other is thinking, so those moments are special. I love singing with Hannah, she’s fantastic to sing with, so we have that synchronicity all the time anyway. ”

Tickets for the Edinburgh event are £10/£9 concession, or £7 for EFC members.

You can join the Edinburgh Folk Club here, to receive more information about up-and-coming events and news.