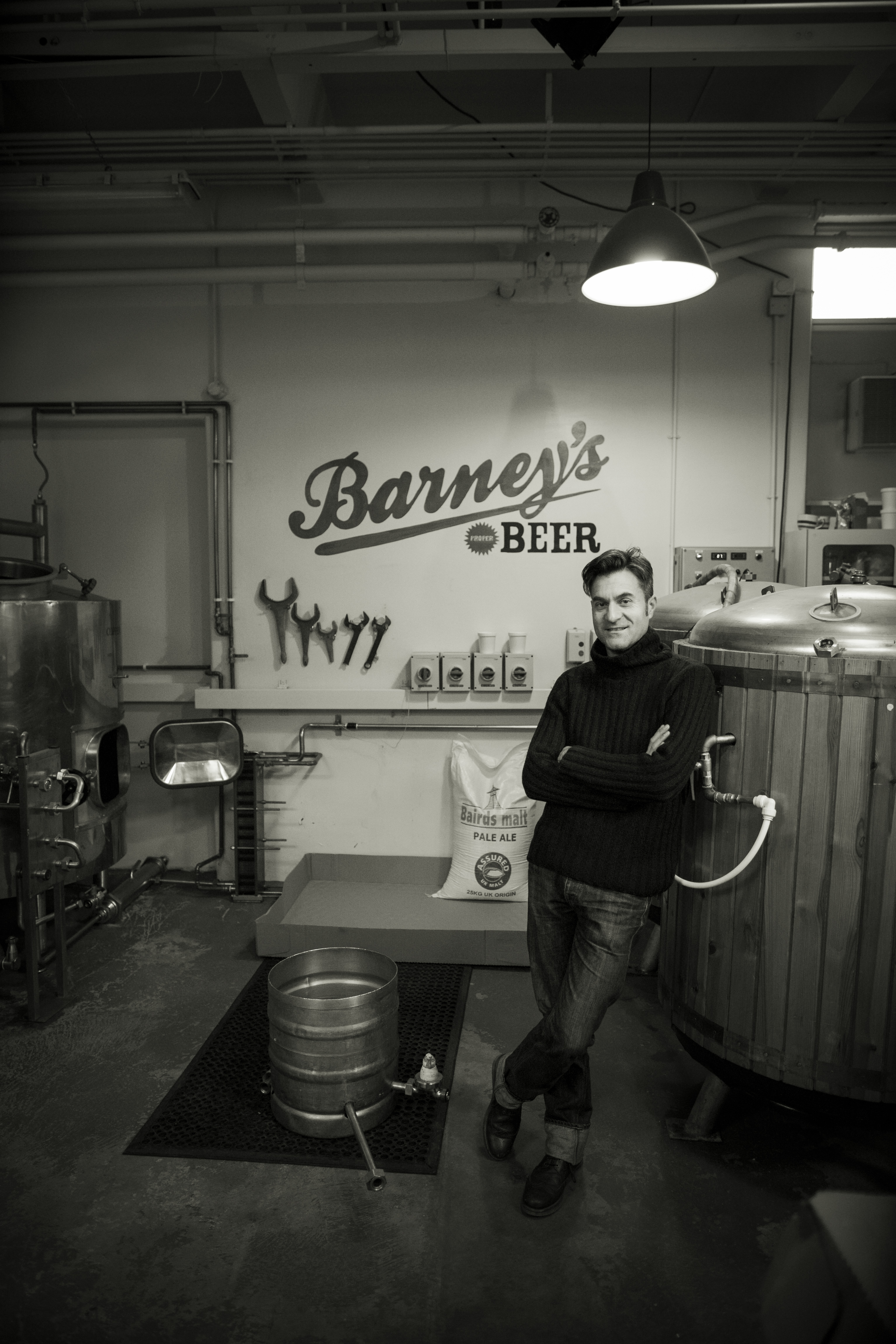 This year is already set to a big one for Edinburgh microbrewery Barney’s Beer, with the small team taking over their own distribution and upping their brewing production on-site in Summerhall to meet rising demand. At the start of March the Summerhall-based craft brewery launched a brand-new offering in the form of ‘Vital Juices’ – a Funkadelic-inspired Session IPA. For those not versed in 1970s psychedelic music: Funkadelic were George Clinton’s brainchild and one of the original pioneers of the Funk movement. Head brewer Andrew ‘Barney’ Barnett was – in a past life – a sax player in a Funk band and said that the name had always stuck
with him as a great name for a brew; and was certainly more appetising than the band’s other titles like Maggot Brain or Cosmic Slop.

The beer has since gone on to get rave reviews from customers and trade-professionals alike and their first batch (all 1600 litres if it) is now completely sold out to trade. You
can still grab a pint of this 3.8% Citra-hopped IPA – along with their other award-winning brews like Volcano IPA and Red Rye – 7 days a week at Summerhall’s Royal Dick Bar.

Microbrewing goes under the microscope at Summerhall Science Events

This weekend you’ll be able to catch Barney and his team at the Edinburgh International Science Festival, where they’ll be taking part in the scientific festivities by hosting their own after-hours talk in the brewery and performing a mini beer experiment.

Not only are they taking part in the Festival with their event, but also by brewing the official beer for the whole Festival. After the success of his Science Fest beer ‘Binary Star’ last year, Barney has been asked once more to brew up something especially for the event.

This year Barney has brought back his highly experimental and environmentally friendly Jack IPA. The brew gets its name from a very special ingredient – fava beans! In conjunction with a research programme from the James Hutton Institute, the brewer replaced 40% of the malt grain with fava bean flour during the brew; an ingredient proven to be a far more environmentally sustainable. Barney also used hops grown right here in Scotland in this year’s batch of the IPA for an added home-grown kick.

As well as the Science Festival, Barney’s is also taking part in Summerhall’s very own beer and spirit festival ‘FestivalALE’ during May where they’ll be welcoming other Scottish brewers Williams Bros to help them perform live sensory-themed science experiments co-designed by Professor Charles Spence – a top experimental scientist in the field of sensory research.

The public is encouraged to get along to FestivALE to enjoy the offerings from the breweries and from Summerhall natives Pickering’s Gin – and of course to get involved as a guinea pig for ExperimentALE!

As well as these specialist events, you can also catch Barney’s Beer every weekend at the increasingly popular Pitt Street Market down in Leith. This funky collection of local food and drinks vendors, accompanied by live music, has quickly become Edinburgh’s ‘premier food and drink yard’ and is one of the most popular outdoor destinations for Edinburgh locals on a Saturday seeing almost 900 people down there last weekend. The Pitt has seen so much success that they’ve opened up a second ‘alternative market’ on Sibbald Walk called ‘Food + Flea’ which not only showcases local food and drink, but
also local designers with a Flea market on-site every weekend.