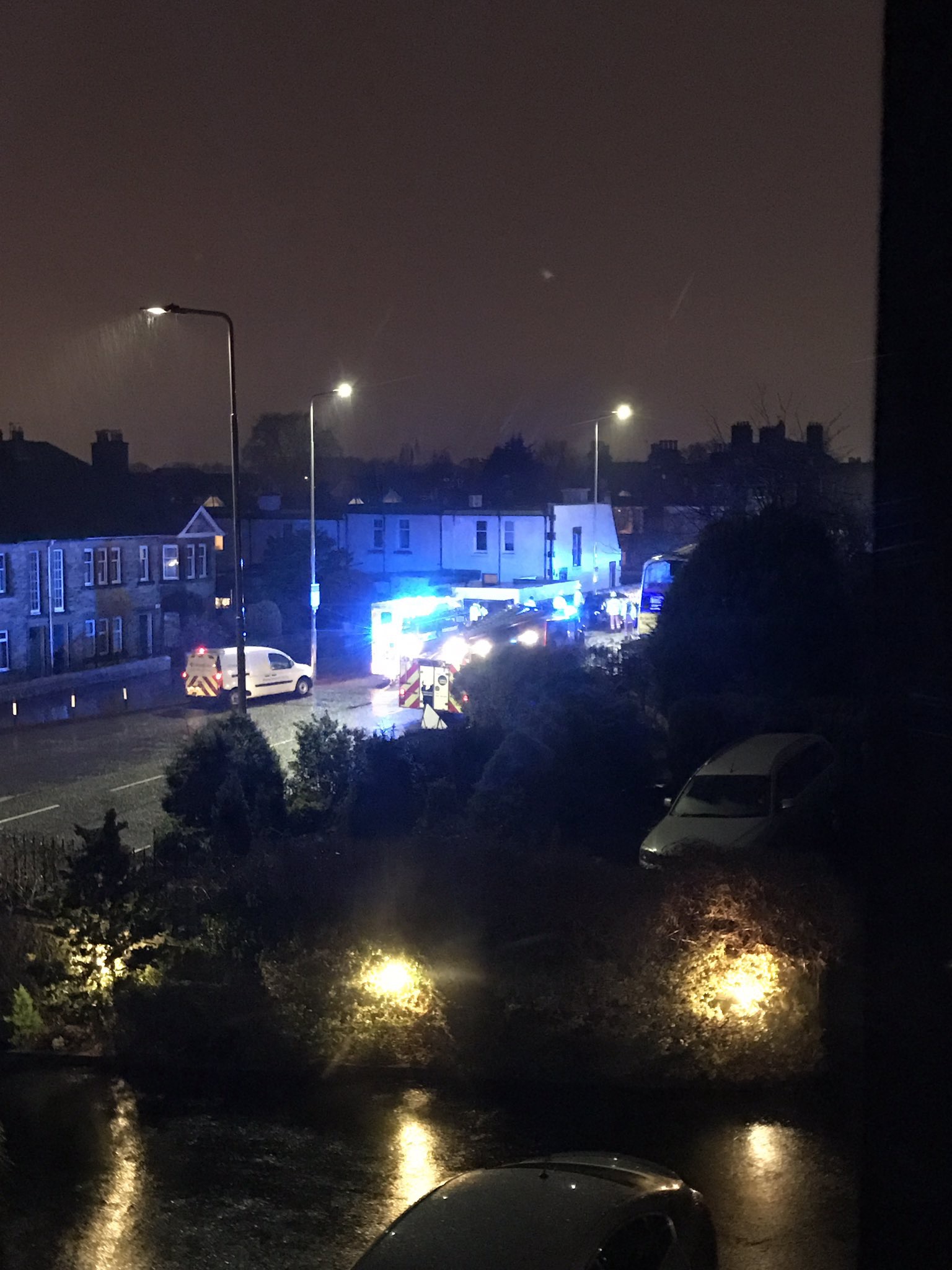 The A8 was closed near to Clermiston Road earlier this morning by what was described as a ‘serious road traffic collision’  involving a private hire taxi and a Number 26 Lothian Bus.

One lane has just reopened and Lothian Buses report that their services will now get back to normal.

Our photos are courtesy of @pitbladdo who has been watching the scene for over an hour. Edinburgh Travel News have just announced that one lane is now open and it appears that one of the vehicles involved has just been removed. Other routes into town such as the A90 are now backed up as a result, and on the other side of town it is reported that the City bypass has come to a standstill from Sheriffhall roundabout.