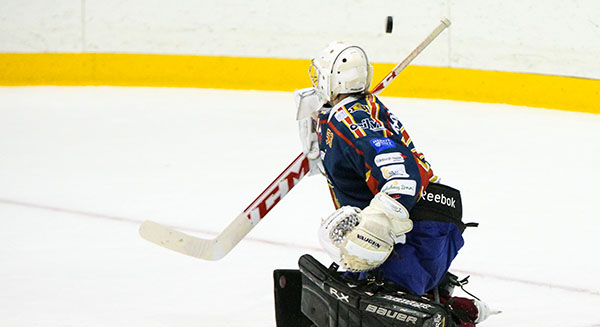 They beat Manchester Storm 5-2 in the North-West after claiming four unanswered goals between the 19th and 58th minutes.

Bottom club Capitals now have 31 points from 43 games and are five points adrift of second-bottom Dundee Stars who have played a game more.

Stars play-off hopes were dealt a blow with a 4-1 defeat at Scottish rivals Braehead Clan.

Cody Carlson, Matt Becca and Mike Hammond netted inside 12 minutes to give the home side a 3-0 lead.

Cale Tanaka pulled one back for Stars after 24 minutes but Alex Leavitt secured the win with a fourth four minutes later.

Stars are a point behind Coventry Blaze who lost 8-0 at league leaders Cardiff Devils and remain on 37 points from 46 games.

The home side outshot the Scots 55-18 overall and Giants made sure of the points with four unanswered, third-period goals. Seb Thinel and Carlo Finucci netted for Fife who have lost their last four games.