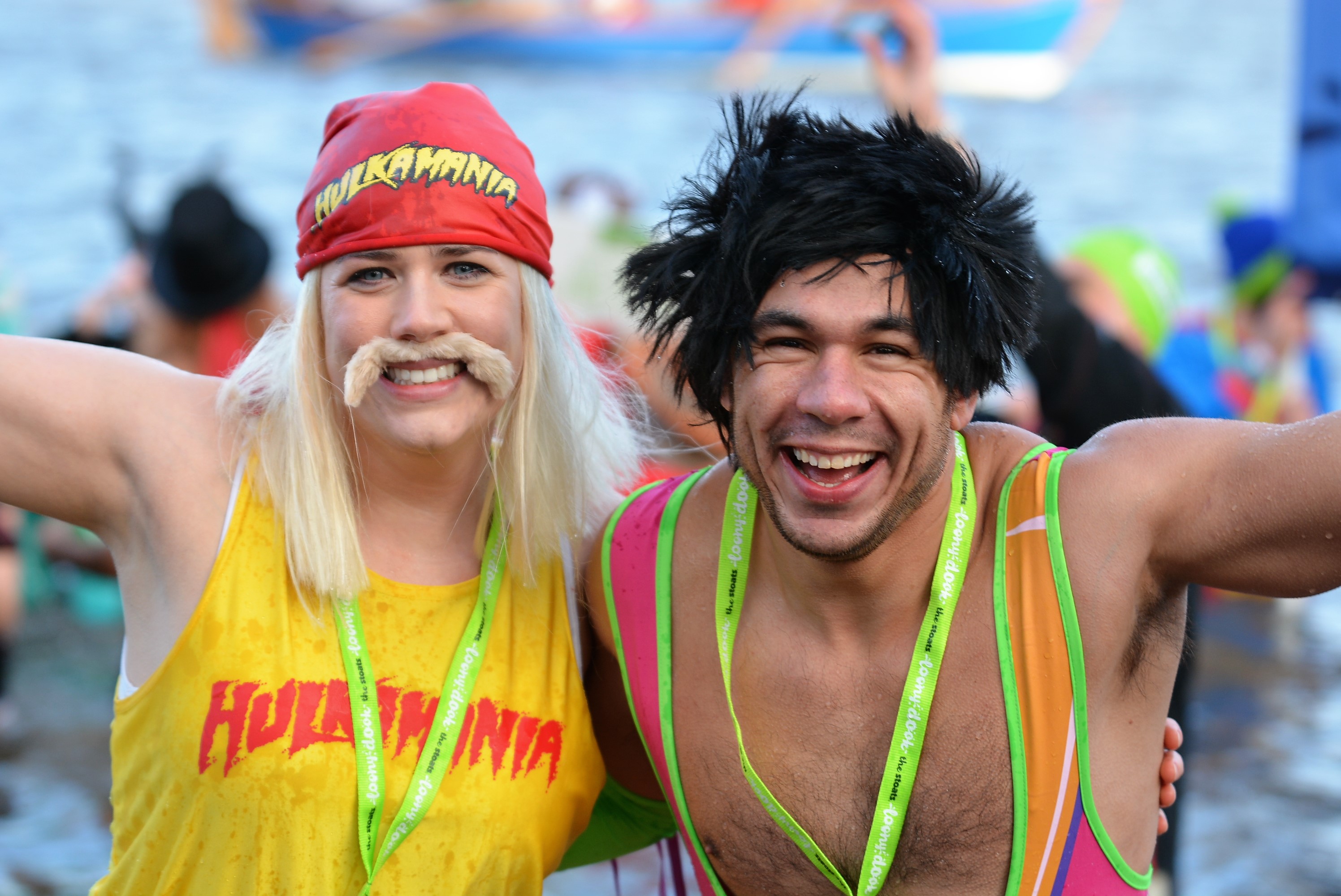 Around 1,000 brave souls literally took the plunge on New Year’s Day at the annual Stoats Loony Dook event at Queensferry as part of the three day long Edinburgh’s Hogmanay celebrations. Edinburgh’s Lord Provost the Rt Hon Donald Wilson led the parade, with the majority of participants in various degrees of fancy dress, towards the harbour ahead of the revellers embracing the chilly waters of the Forth. The event, now in its 30th year, might not have given its swimmers a cure for any Hogmanay over-exuberance, but it certainly would have woken up Elvis, Superman, Wonder Woman, the Teletubbies and the many other characters who made the lunchtime dip. Last out of the water, after his jovial interaction with the RNLI Queensferry crew, was Fifer Tony Pirouet.  The Dunfermline man has become quiet the celebrity of the Dook with him donning a bubble-wrap outfit in 2014 and more recently, appearing with a mate as a couple of old ladies. The 45 year-old stole the show with his custom built bath tub – complete with taps and rubber ducks – making him a firm favourite with the hundreds of people who made the pilgrimage to Queensferry for this fantastic spectacle.