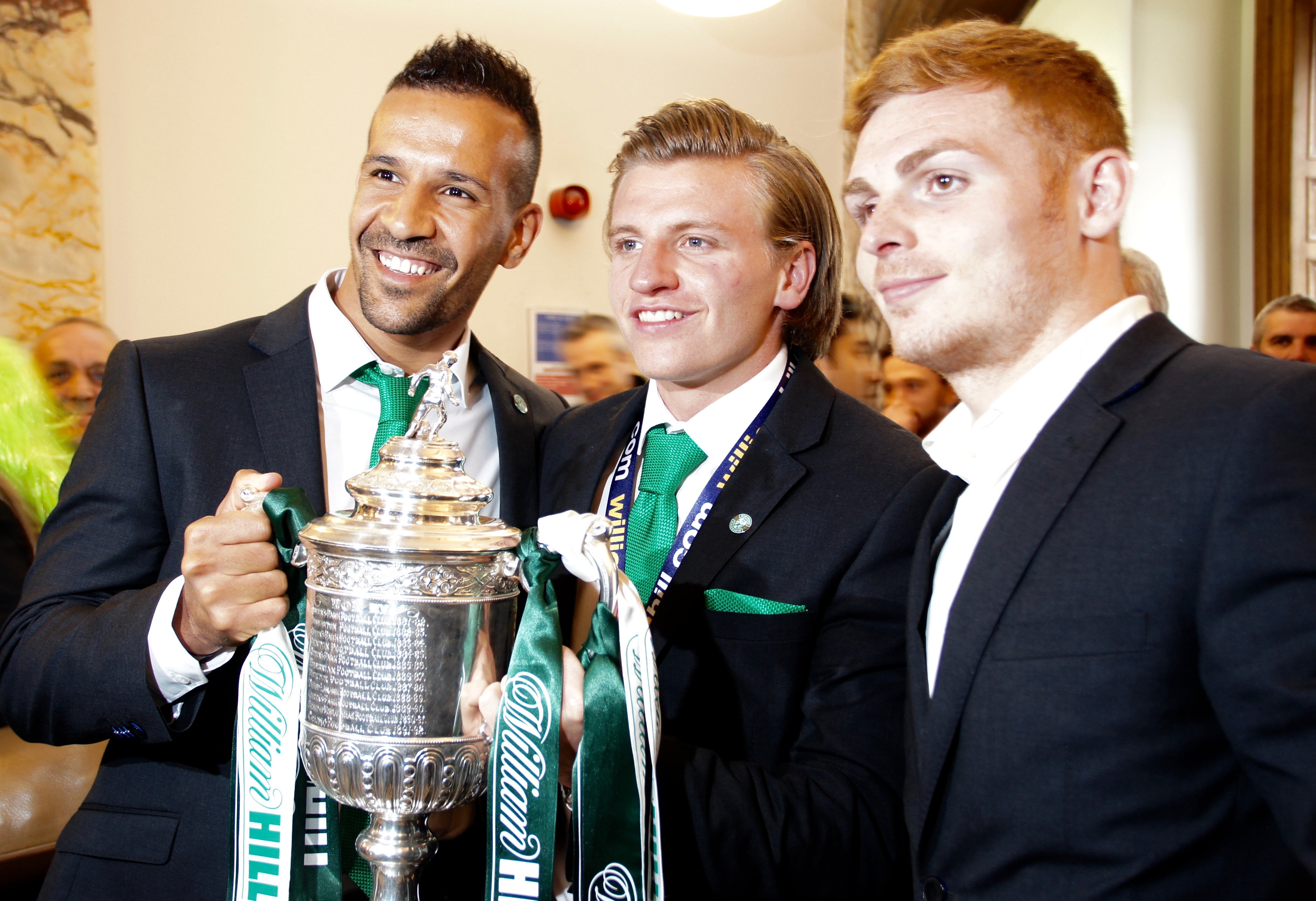 Fraser Fyvie is looking forward to Hibs’ William Hill Scottish Cup Fourth Round tie against Bonnyrigg Rose at Tynecastle tomorrow and he insists that no-one is underestimating the task ahead.

He insists that all of the players are up for the club’s first defence of the cup competition in 114 years.

While the main priority this season is automatic promotion, another cup run will be welcomed by supporters and the game on Saturday is already a sell out.

Fyvie returned from injury and was a surprise starter in last weekend’s 1-0 win over Dumbarton.

Speaking to Hibs TV, Fyvie said: “Being injured is not a good thing and it was fantastic to get back last week. Playing football is what I want to do and I was happy to play for the 90 minutes and get the three points

“I wasn’t expecting to start as the team have been playing so well but I was happy to step in when the gaffer asked me.

“It was a tough game and I didn’t expect to play the whole 90 minutes. The talk was that I would play 60-70 minutes but I lasted the 90 and came through it unscathed.

“I’m looking forward to the match. It’s Scottish Cup weekend, so all the boys are right up for it and we are ready to go.

“Bonnyrigg are a good side, especially having beat Dumbarton in the last round. We just need to look at their strengths and weaknesses, and come Saturday we will be ready for both of them.

“The game at Tynecastle last year gave us the belief that we could go on and win the cup.

“As a player you want to win cups and leagues and that’s what we all strive to do at this club. We want to get out of this league and if we can get another cup this year it would be fantastic for the players and the fans.”