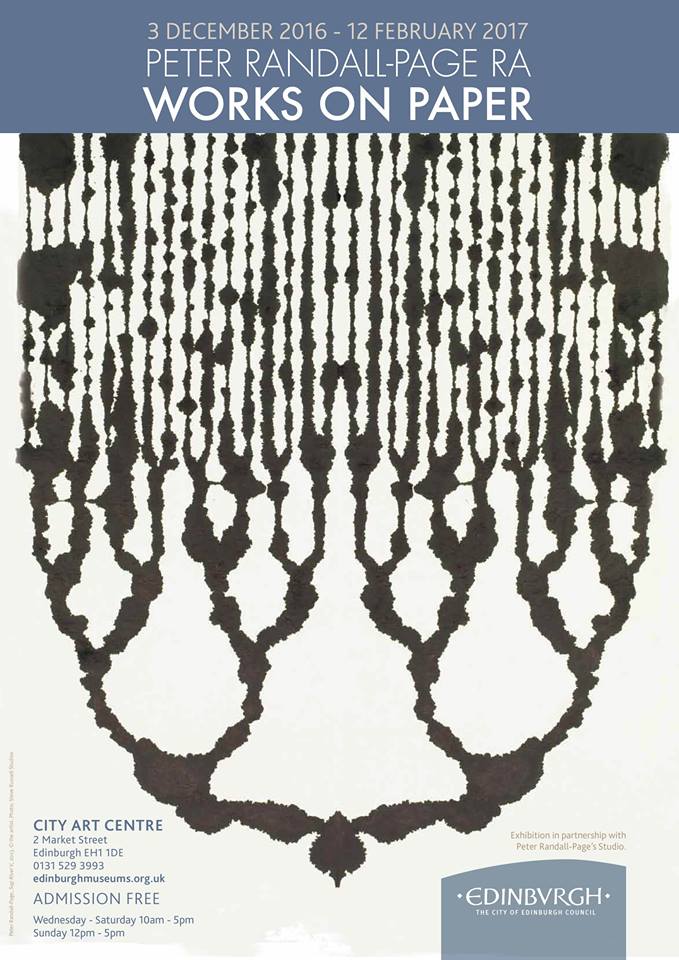 Chloe Brown’s screenprint portrait of D’Arcy Wentworth Thompson is at first sight a simple line drawing of a man in profile. Look again and you will see that inside the man there are all manner of objects, from a shell and a skeleton to a parrot and a rose.

Brown’s work perfectly encapsulates the world of D’Arcy Thompson, the pioneering mathematical biologist, who influenced – and continues to influence – so many people, from artists and designers to architects, anthropologists, mathematicians and even the computer scientist Alan Turing.  A Sketch of the Universe, a new exhibition at The City Art Centre (in conjunction with the University of Dundee Museums Service) looks at D’Arcy Thompson’s work, and more especially at the ways in which he continues to inspire artists today. D’Arcy Wentworth Thompson was born in Edinburgh in 1860. He was a pupil at The Edinburgh Academy before studying medicine at the University of Edinburgh, but he left the capital after two years to read Natural Sciences at Cambridge. In 1884 he was appointed Professor of Biology at the University of Dundee, a position he retained for 32 years; the zoology museum he created at the university is now named after him. His last post – which he held for 31 years – was Chair of Natural History at St Andrews University. (Image: D’Arcy Thompson by David Shanks Ewart © University of Dundee Fine Art Collections)

Thompson was a man of many parts – not only a zoologist but also a keen amateur mathematician, a classical scholar (he translated Aristotle), a collector of art and a lover of literature. Opening A Sketch of the Universe last week, Councillor Richard Lewis, Convenor of Culture and Sport, described Thompson as ‘an extraordinary polymath who…laid the foundation for the future study of mathematical biology.’ In 1917 Thompson published his classic work On Growth and Form. The book sets out Thompson’s then revolutionary theory that the development of living organisms is determined by physical and mathematical laws. He saw patterns everywhere in nature; the logarithmic spirals in shells and horns, the lines in leaves, the similarities between engineering trusses and the internal supporting structures in the hollow bones of birds, the structure of snowflakes, soap bubbles, eggs.

Thompson argued that Darwinism alone could not explain the origin of the species, and pointed out the numerous correlations between biological forms and mechanical phenomena. He described the numerical relationships between spiral structures in plants and showed how these might relate to the Fibonacci sequence. Although his approach did not (and does not) meet with universal scientific approval, in applying the laws of mathematics to the world of biology he tried to provide ‘the first outlines for a sketch of the universe.’

One of the first artists to ‘discover’ Growth and Form was Henry Moore, who introduced it to Herbert Read and the St Ives circle – pioneers of abstract art such as Barbara Hepworth, Ben Nicholson and Naum Gabo, who shared D’Arcy Thompson’s concern with revealing the hidden structures of life. The University of Dundee Museums Service has developed a collection of works inspired by D’Arcy Thompson. This new exhibition, full of variety and interest, shows the breadth and diversity of Thompson’s influence.

Sculptural Objects, one of Henry Moore’s earliest lithographs (made for the remarkable School Prints Series in 1949), shows abstract human forms and a ball suspended in a lattice sphere (image © The Henry Moore Foundation), while the ‘loose, dynamic brushwork’ and spectacular colours of William Turnbull’s stunning Untitled (Large Head) draw one back over and again; every view reveals new ideas. Turnbull first came across Growth and Form at the Slade in 1942, along with Richard Hamilton, Eduardo Paolozzi and Nigel Henderson.

Photography also features in this exhibition, most notably in Susan Derges’ huge Arch 2 (Winter). Derges focuses on a field near her Dartmoor studio, considering it at different times of the year and pondering the cycles of birth, growth, decay, death and renewal. She specialises in camera-less photography, feeling that ‘the camera always separates the subject from the viewer’. In a 2010 interview with Andrew Pulver (The Guardian) Derges suggested that her use of the arch-shaped frame may indicate a portal to another world. She aims to show a direct and unmediated relationship with nature.

Fiona Thompson’s delicate screenprint ceramics Untitled (from the series The Collected Animal © the artist), show the transformation that animals go through when captured and mounted as specimens in natural history collections. There are multiple layers of imagery; rooks sit alongside dogs and cut-out images of smaller birds. Fiona is interested in the multiple possible interpretations of stuffed animal displays; ‘their presence is complex, concealing many issues and cultural references.’

Alex Flett’s The Snail is another sculpture, this time in wood. The Fibonacci sequence of numbers can be applied to biology as well as mathematics – it is seen in an unfurling fern, or the fruit sprouts of a pineapple; here Flett discovers it in the spirals of a snail shell. Flett has revisited The Snail at various times during his career.  He discovered On Growth & Form as a student at Central St Martin’s and created the first version of The Snail in 1969 in response to that; this early version was accidentally destroyed and Flett eventually created a new one –  a much larger outside public work comprised of Perspex, solar panels, LEDs and mirrors. The University of Dundee Museums Service commissioned Flett to create the smaller version shown in this exhibition (and normally displayed in the Dundee Zoology Museum.) Flett altered the design to reflect Thompson’s mathematical interests more carefully. Wax is used to  create a fascinating set of sculptures in BE Cole’s De Rerum Natura; set on a bed of dyed sand, the larger pieces resemble umbrellas or parasols, the smaller ones monkey nuts in their shells. I like this piece, in which the sculptures appear to float across an ink-black sky. One almost expects a Clanger to pop in. (Image © BE Cole) The City Art Centre’s second new exhibition features a series of drawings by Peter Randall-Page RA, an artist hugely influenced by D’Arcy Thompson’s ideas, which he first came across in the library of Lord Methuen at Corsham Court;

‘(On Growth and Form) definitely changed my life. For me (D’Arcy Thompson) ranks with Darwin…..he pointed out that organic life is not exempt from the laws of physics.’

The ink drawings in Works on Paper are based on branching patterns and mirror image symmetry; they explore Randall-Page’s interest in naturally occurring patterns and the dynamic tension between order and chaos in natural phenomena. The artist creates them by using gravity to allow ink to flow over handmade Indian paper, like tributaries or a river delta, then inverts the paper, reversing gravity so that the ink flows upwards like the branching patterns of trees. He says;

‘Fundamental mathematical principles become a kind of pattern book from which nature constructs the most complex and sophisticated structures.’ The sequence Source Seed shows a pattern of seeds exploding, producing leaves. In Tarantella (right, © Peter Randall-Page) the black ink shapes on a white background look like slightly wavery Chinese characters; they could also be dancers.

Randall-Page has an international reputation as a sculptor and draughtsman; Works on Paper also includes some non-paper works, such as the stunningly beautiful Wing, a clay wall panel based on the microscopic study of a grasshopper’s wing, ‘a magnification of nature’s minutiae.’ Wing began as a Rorschach-style drawing in paint which was scaled up to form the basic patterns of the tiles. One half of the image was then made in clay and each slab horizontally bisected with wire to form a full mirror image. Geometry of Desire Maquettes, meanwhile is a model sequence of five slightly differing shapes – they could be cells dividing or seed pods about to burst – or something else. Randall-Page has said ‘You have to work at the gaps between different images; it’s not quite this and it’s not quite that and hopefully it can evoke a feeling rather than stopping at the identification and naming of the object itself.’

‘You have built a bridge between science and art’

These two engrossing exhibitions not only show us the inspiring legacy of D’Arcy Thompson’s work but also the exciting energy with which artists continue to interpret it, and to connect with mathematical biology; in Peter Randall-Page’s words, to search for ‘something universal about the way human imagination works.’

Peter Randall-page RA: Works on Paper is at the City Art Centre, 2 Market Street (open Wednesday-Saturday 10am-5pm, Sundays 12 noon-5pm), until 12th February 2017; A Sketch of the Universe; Art, Science and the Influence of D’Arcy Thompson continues until 19th February 2017.

In January and February there will be a programme of events in connection with the exhibitions, including workshops, tours, talks and an opportunity to meet the artists.

For full details click here or pick up a brochure from the Centre, city libraries and other venues.