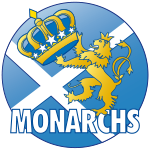 Edinburgh Monarchs’ home video show takes place at the Thomas Morton Hall Ferry Road tonight, Friday 9 December starting at 7.30pm.
This will also give fans a chance to chat about the club’s three signings so far.
American Ricky Wells plus Erik and Mark Riss have put pen to paper and Monarchs bosses are working hard to fill the remaining four gaps.
Meanwhile, Mark Riss will start building his bikes for the new season next month.
He said: “I will think building my bikes in January. I will be riding again for Landshut in Germany and I may get some guest rides for Slangerup in Denmark.”
For the record, Monarchs will compete in 2017 in the new SGB Championship. They are the only five-time winners of the Premier League which ran from 1997-2016.