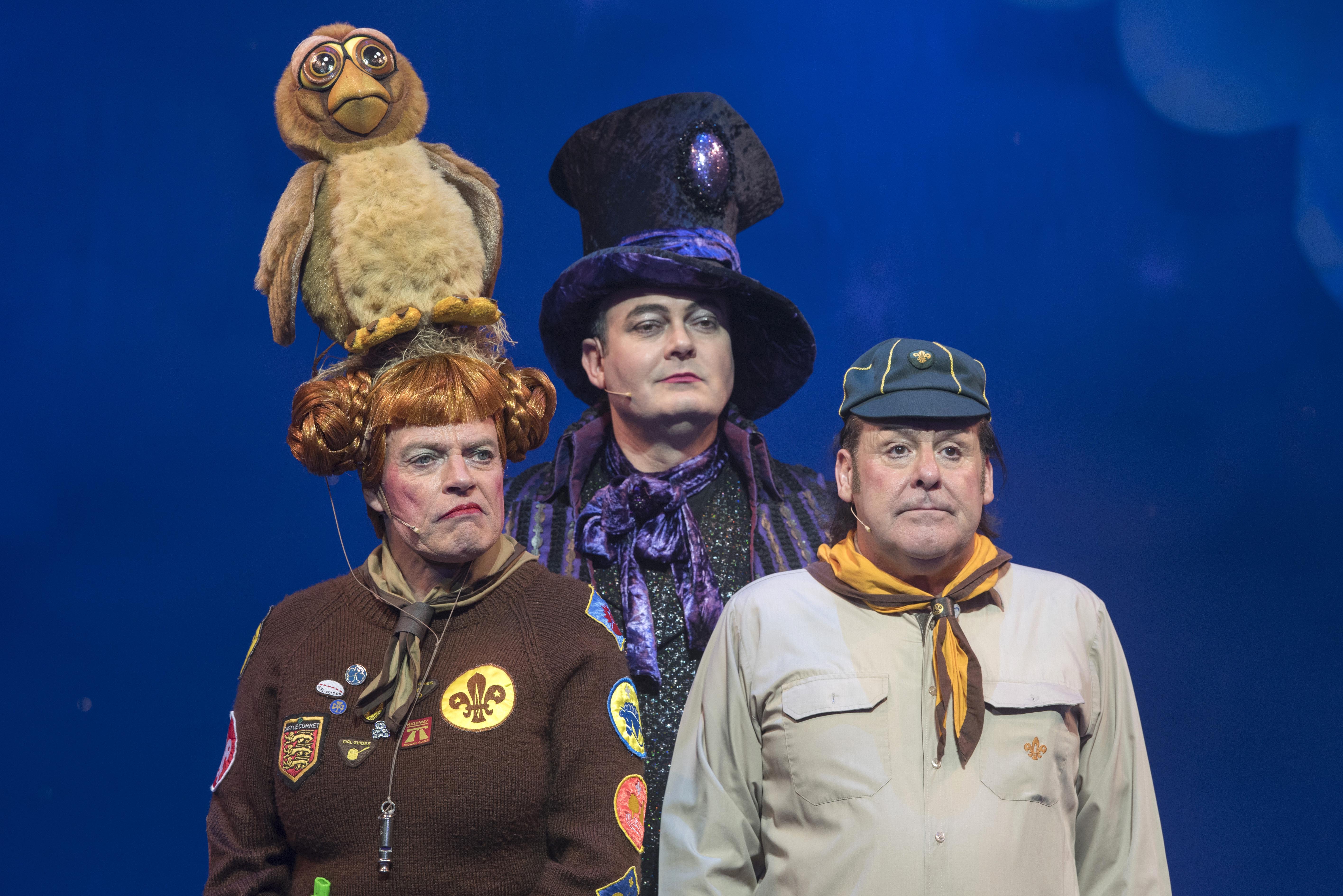 As I write this, I’m listening to BBC Radio 1’s Review of 2016. It does not make for happy listening. As years go, this one has been one many of us would rather forget.

This Christmas, it will perhaps be harder to sidestep discussing politics with elderly relatives. It will be harder to watch Alan Rickman in Love Actually. It will be that bit harder to believe that the Queen really is ‘grateful’ for a year quite so awful as 2016 (and she’s going to have to receive President Trump at some point, something the rest of us can happily avoid).

It is comforting then that some things remain the same. In 2016 the tried and tested formula of the King’s Panto returns and with it some of the joy that’s been missing from this year.

Jack and the Beanstalk is the loosely-interpreted fairytale of choice, with Allan Stewart as Auntie May, Andy Gray as Farmer Hector and Grant Scott as the “sexiest man in Edinburgh”, the Giant’s henchman Fleshcreep. The trio have been bringing down the house in the King’s Panto for almost two decades, and watching their easy banter and obvious love of their work is nothing short of a delight.

There are plenty of references to our beloved city scattered throughout the script, with some justified gloating on Hibs’ victory in the Scottish Cup this year. The opening number might as well have been written by VisitScotland for the way it bigs up Auld Reekie. One of the great aspects of the King’s Panto is that the audience feels included in the fun from the very start. This is partly a result of the dreaded audience participation (watch out, they’ve got a video camera this year) but also because the actors really want the audience to have fun and enjoy themselves. It’s a credit to them that many adults in the audience (at least when I was there!) were there for their own enjoyment, not just because they had the grandkids for the day.

The panto strikes the right balance between tongue in cheek jokes for the grownups and toilet humour for the kids. There are several nods to IndyRef and some light-hearted jabs at Alex Salmond and Nicola Sturgeon – and less light-hearted digs at Donald Trump and Nigel Farage. There’s a cameo of sorts from Honey G.

There is a really excellent dancing lamb, and credit must be given to whichever of the wonderful Edinburgh Dance Academy pupils was in that costume. Speaking of which, the costumes and ensemble are excellent, and the puppetry is imaginative and well-executed.

Greg Barrowman is game for a laugh as the hero Jack. There’s genuine improv talent in the making there. Princess Apricot is ably portrayed by Rachel Flynn, and Lisa Lynch takes on the fairy godmother role of ‘The Spirit of the Castle’. The production trips up slightly in giving its female leads too little to do – with such pithy and imaginative male (and dame) roles it seems a shame that Flynn and Lynch aren’t given the chance to join in with the comedy beyond the odd line or two.

The other weakness of the panto lies in its greatest strength. The banter between Stewart, Gray and Scott is so intense that the plot feels somehow surplus. The pacing in the final act is a little off, missing a concluding scene as if time has run out, going straight into the bows. But when it’s as much fun as this who cares?

The real magic of the King’s Panto – and it’s needed this year more than ever – is that it allows us to spend such an enjoyable few hours in the company of actors who feel, to audiences old and new, like good friends.

A special Relaxed Performance for people with additional needs and their families will be held on Friday 6 January 2017 at 2pm.

A few tickets may still be available here