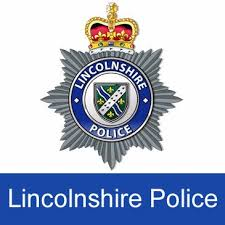 Former Lothian and Borders Police officer Bill Skelly has been named as the preferred candidate for Lincolnshire’s new police chief.

The decision was made by Police and Crime Commissioner Marc Jones after an exhaustive interview process.

The recommendation will now go to the Police and Crime Panel on December 19 for consideration and confirmation.

Mr Skelly, who was born in Scotland, joined Lothian and Borders Police in 1990 and completed the command course at Bramshill in 2004.

He has been involved in many different areas of policing in his career. In 2005, he was seconded to New Scotland Yard to lead the Immigration Crime Team in the covert policing branch of the Metropolitan Police, targeting criminals involved in the trafficking of women for sexual exploitation.

In 2008, Mr Skelly took up the post of Her Majesty’s Inspector of Constabulary (HMIC) for Scotland.

He  joined Devon and Cornwall Police as Deputy Chief Constable in December 2013 from Police Scotland, where he was working on the safety and security of the 2014 Commonwealth Games.

He is married with two daughters and has a keen interest in personal fitness and enjoys hill walking, cycling and volleyball.

The decision comes after an extensive search by PCC Mr Jones and triggered when current Chief Constable Neil Rhodes decided to retire after three years in the post.

He re-advertised the post and promoted the opportunity internationally – making the post available to candidates from the USA, Canada, Australia and New Zealand – in a determined effort to attract the best possible candidates for the role.

The search yielded five applicants for the job including one from overseas. Four of the applicants were interviewed.

Candidates first met with a group of stakeholders from across the county, including representatives of business and charities as well as community leaders.

They were then interviewed by a panel of five people made up of Mr Jones, two other Police and Crime Commissioners, a local council chief executive and an independent senior executive from the College of Policing.

“The search for candidates and the interview process has been exhaustive and I can assure our policing team and local communities that Mr Skelly would make an excellent new Chief Constable. I am delighted he has agreed to take on the challenge.

“I also want to thank a very strong set of candidates who impressed us with their commitment, knowledge and ideas. It was a tough decision but now we look forward to welcoming Mr Skelly to the county to continue the excellent work done by Neil Rhodes and his team.”

Mr Skelly said: “I am honoured to have been chosen for the task of serving the Lincolnshire community. It is a beautiful county and I have been impressed by the many passionate and dedicated people I have met so far.

“The county presents many policing challenges but I am confident that my new force colleagues and the community can work together to ensure Lincolnshire continues to have the excellent police service it deserves.”

If confirmed, the new Chief Constable will start the job after Mr Rhodes retires at the end of January.