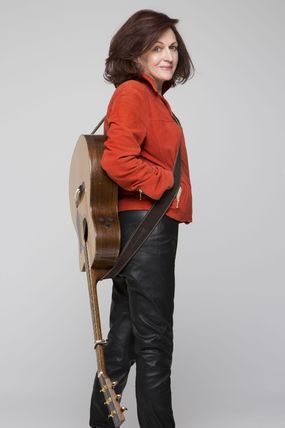 Barbara Dickson OBE is someone who needs little introduction. A singer with a great back catalogue she is coming to The Queen’s Hall on 27 February 2017 as part of her 21 date UK tour.

She will be performing new material and some of the oldies to keep you happy! (what’s your favourite?)

She became the biggest selling female album artist of all time with 6 platinum, 11 gold and 7 silver albums.

As an actress, she has appeared in the award winning theatre productions, ‘John, Paul, George, Ringo and Bert’, ‘Blood Brothers’ and ‘Spend, Spend, Spend’. She was the original Mrs Johnstone and Willy Russell’s muse.

A new 5 track EP will be released with new material as the tour begins.