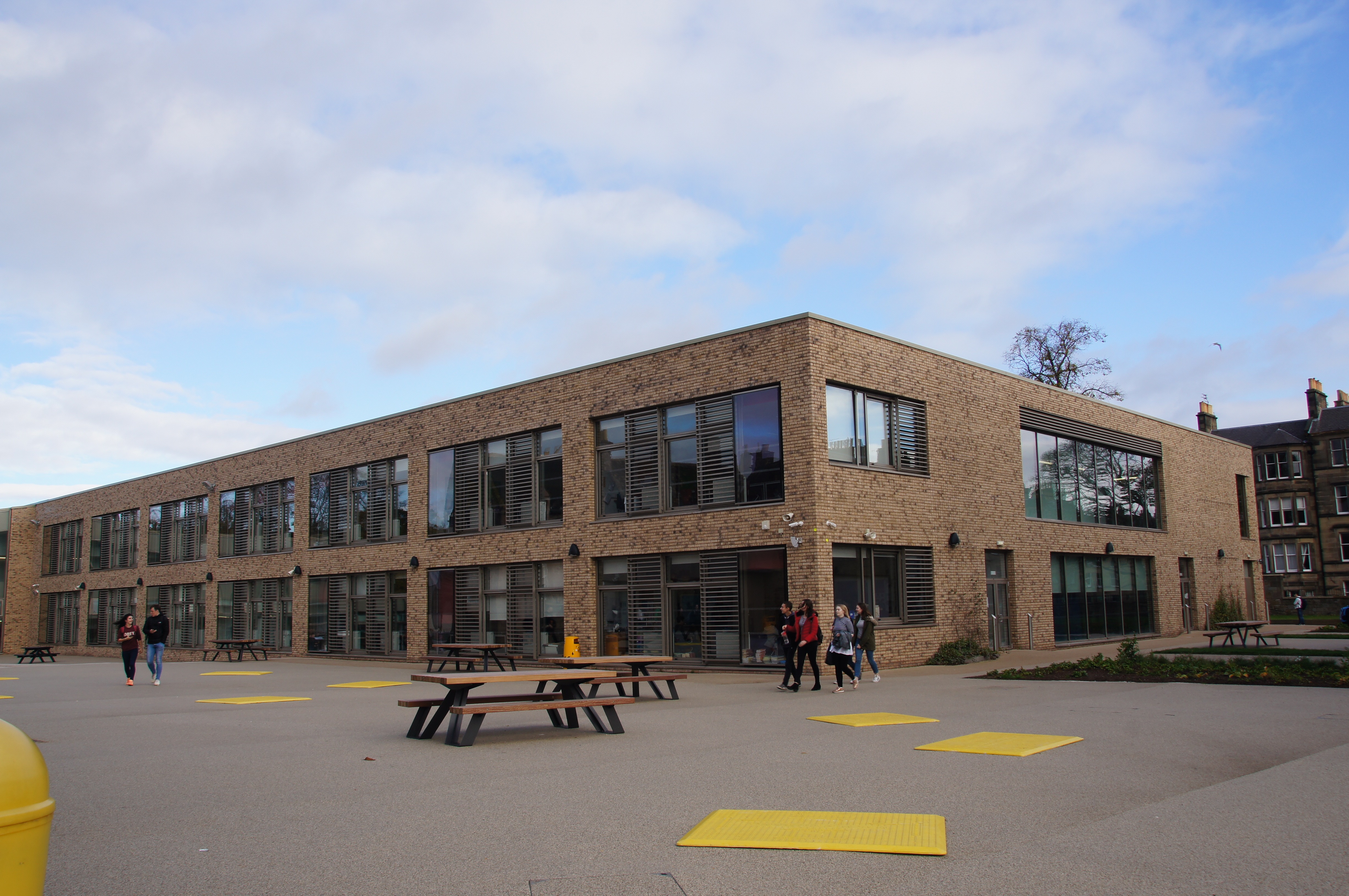 The architects behind the new James Gillespie’s High School have won an award for their design of the new school campus that was officially opened a week or two back.

jmarchitects won the Design Award from The Glasgow Institute of Architects last week. They have their office in Queen Street and have been a major architecture practice since being founded here in 1962.

The school has four separate buildings with a teaching block, arts and performance building, sports building and a refurbished grade A listed Bruntsfield House. All the work was carried out on the campus without decanting the pupils.

The architectural details which brought the architects to the notice of the judges include the circular spaces which afford views into the shared classrooms and courtyards. Rooms have full height windows which the judges felt ensured that the building fits in well to the surrounding tenements. Brickwork and projecting windows personalise the space while introducing a level of detail reflecting the quality of the school’s Victorian neighbours.