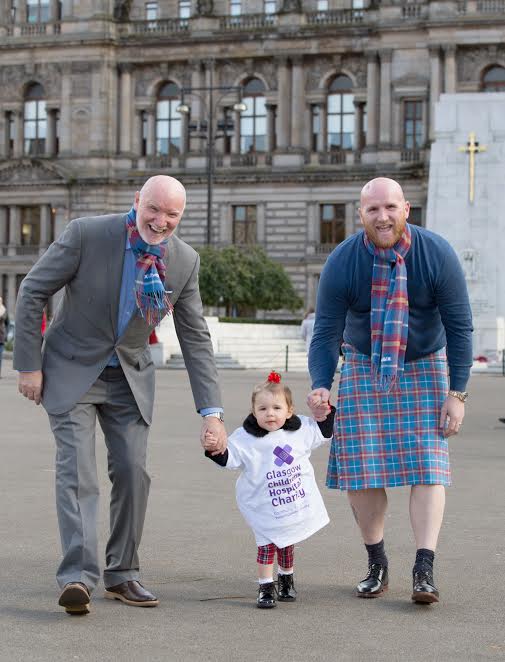 Home News Charity News The Kiltwalk will be back in 2017 after raising £840,000 this year
Share
Facebook
Twitter
Pinterest
WhatsApp
Print
After raising £840,000 in 2016 for Scotland’s children’s charities, The Kiltwalk will be back in 2017.
Sponsored by The Royal Bank of Scotland, the Edinburgh event will take place on 17 September 2017.
Sir Tom Hunter, philanthropist and backer of the Kiltwalk, officially launched the 2017 Kiltwalk. He said: “In 2016 the true heroes of the day were the Kiltwalkers who raised an astonishing £840,000 with more to come for 282 of Scotland’s children’s charities.  Now my ask is obvious – be a hero again and sign up for next year and help us make Kiltwalk the biggest mass participation fundraising event in Scotland!”

It has also been announced that due to significant demand from non-children’s charities the Kiltwalk will now open up to all Scottish charities.

Paul Cooney, CEO of the Kiltwalk, added: “Children are at the heart of why we walk and raise much needed funding but a number of good causes asked us if they could take part in Kiltwalk, so why would we turn them away?

Former Rangers and Scotland star, Derek Johnstone was at the launch in George Square: “As a proud Dundonian, I am very excited that Kiltwalk is coming to Dundee next year. Many people from Tayside made the trip to events across Scotland this year so it feels right to bring the Kiltwalk back to the City of Discovery. ”

Among the good causes set to benefit from the event opening to all is the John Hartson Foundation.

The Celtic, Arsenal, West Ham and Wales legend started the charity after his own battle with testicular cancer, which is set to be boosted by the generous support of Kiltwalkers.

He said: “As soon as I heard that Kiltwalk was opening-up to all charities, I jumped on a flight to be here to lend my support to the cause. This will encourage even more people to walk for the charity of their choice in 2017 and I aim to do at least one of the walks to raise awareness for ‘Grab Life by the Balls’.”

Kiltwalk has raised more than £3 million for Scottish charitable causes since 2011. For more information and registration here.