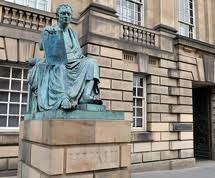 Fraser MacDonald (45) was handed a six year and four months sentence for  abusing three female partners over 15 years yesterday at the High Court in Edinburgh. He committed the offences in Edinburgh and West Lothian between 2001 and 2016.

Detective Inspector Kevin Harkins said: “MacDonald has proven himself to be a violent and callous individual.

“As a result of the courage of his victims in coming forward and providing their testimony combined with the evidence gathered during police inquiries, he is now going to jail for a significant length of time.

“This custodial sentence will hopefully send a message that domestic abuse will not be tolerated and every report to Police Scotland will be thoroughly investigated.

“I hope this sentence will give his victims some sense of closure and of justice being done.

“Victims coming forward to report crimes of this nature can rest assured that they will be treated with the utmost sensitivity, compassion and professionalism.”