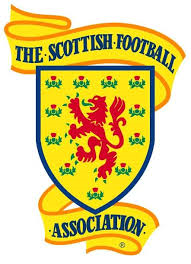 The Scotland Under-16 squad for the first-ever international match to be played at Oriam, the new Sports Performance Centre, has been announced.

Scotland will take on France on Tuesday, 27th September, kick-off 7.30pm, in Edinburgh as they warm up for this season’s Victory Shield in November, also taking place at Oriam.

The match will take place on the indoor pitch which has a 500-spectator capacity with the sides meeting again two days later in a closed-door fixture.

The Scotland squad includes 15 players from the Scottish FA’s Performance Schools across the country.

Oriam is the performance base for both the Scottish FA and Scottish Rugby Union, as well as the sportscotland institute of sport (East), Basketball Scotland, Scottish Handball, Scottish Squash & Racketball and Scottish Volleyball.

It is built in the parkland setting of Heriot-Watt University’s extensive campus in the west of the city and includes; an outdoor synthetic pitch; five outdoor natural football and two rugby pitches; twelve court sports hall; a full size indoor 3G pitch; a cafe and a fitness suite, and world class facilities for sports science and medicine including a hydrotherapy facility.