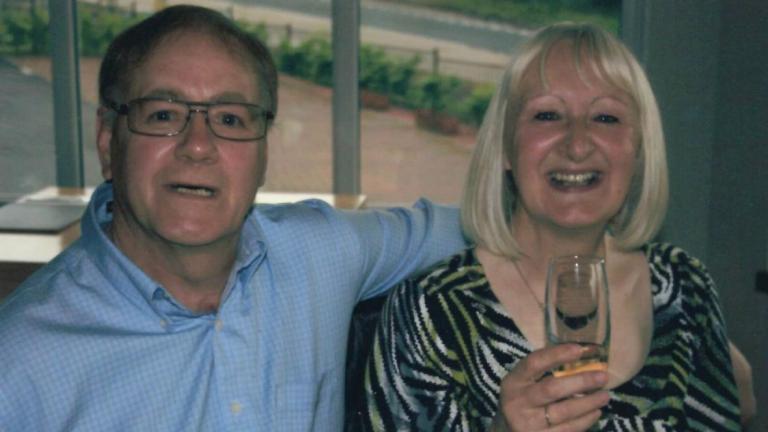 Police have named a couple who died after a motorcycle and sidecar collided with a BMW on Thursday night near Rosewell as Charles Howden, 64, and Fiona Stanley, 59, both of Newtongrange, Midlothian

The collision took place around 10.40pm on the A6094 and officers are appealing for witnesses to come forward.

The 26-year-old driver of the BMW was treated at the scene following the collision..

In a statement Mr Howden and Ms Stanley’s family said: “They were a family much loved by all those whose lives they touched.

Road policing officers are appealing to anyone who might have information on the collision to come forward.

They are particularly keen to speak to speak to any drivers who were on the A6094 between Rosewell and Howgate between 10.25pm and 10.45pm on Thursday night.

Police Scotland said: “Anyone who saw a white BMW or a vintage motorcycle with a sidecar at that time is asked to come forward immediately.

“Those with information can contact Police Scotland on 101 or anonymously through Crimestoppers on 0800 555 111.”