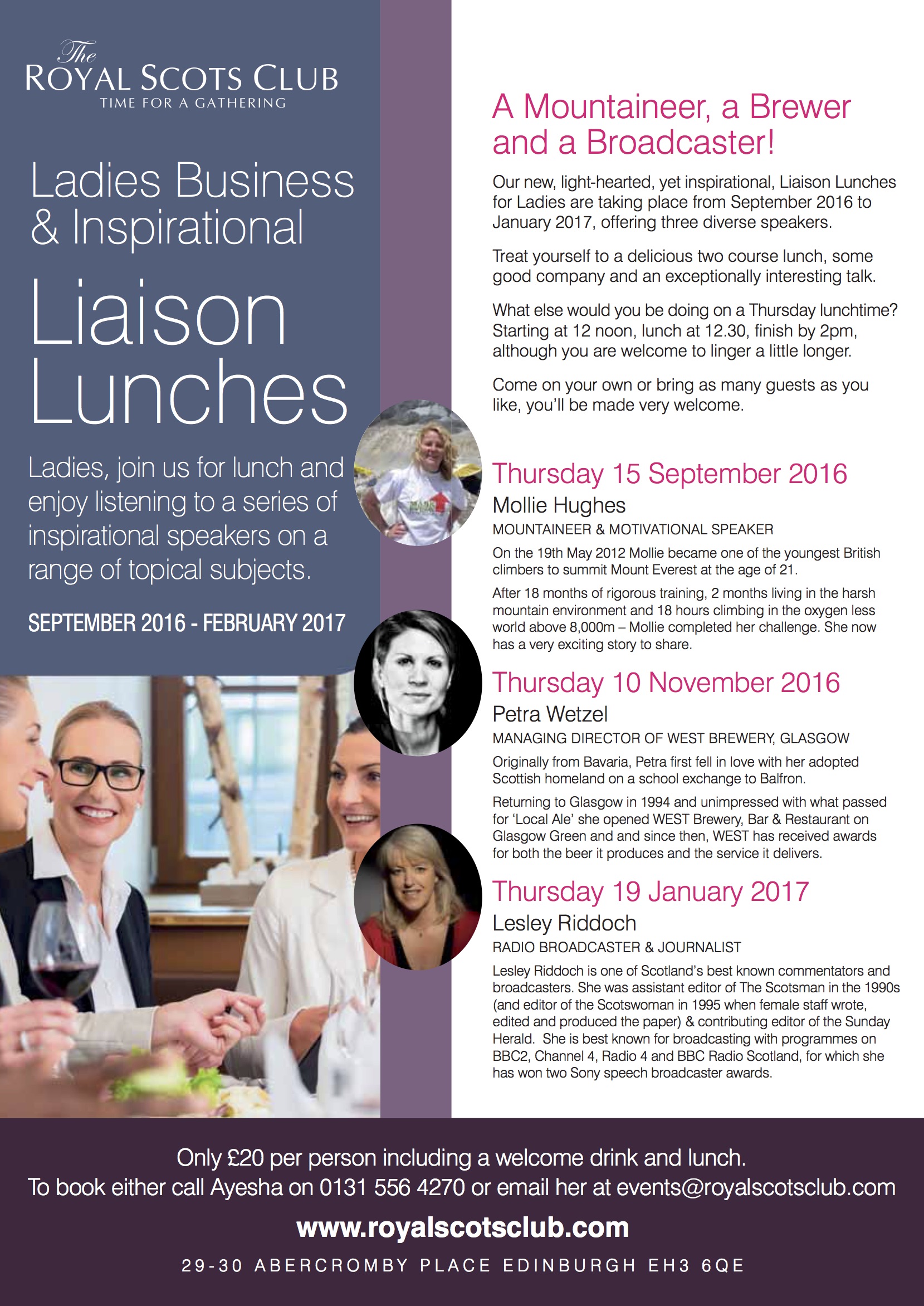 Ladies who lunch – sign up here for lunches all the way through the autumn and winter 2016/17.

You are promised good company and interesting speakers. The purpose of the series of lunches is to gather together interesting people from various walks of business life to meet in a comfortable atmosphere.

Whilst there are similar types of lunches taking place across the City the Royal Scots Club thought there was room in the market for something built around informality yet enjoyablility.

The lunches take place at the Royal Scots Club on Abercromby Place on selected Thursdays at 12.30 and will finish by 2.00pm. The cost is £20 per person which includes a welcome drink and lunch. Mollie was one of the youngest climbers to conquer Mount Everest at the age of 21.

After 18 months of rigorous training, 2 months living in the harsh mountain environment and 18 hours climbing in the oxygen less world above 8,000 metres Mollie completed her challenge. She now has a very exciting story to tell. Petra makes beer in her own brewery.

Originally from Bavaria, Petra first fell in love with her adopted Scottish homeland on a school exchange to Balfron. Returning to Glasgow in 1994 and unimpressed with what passed for “Local Ale” she opened West Brewery Bar and Restaurant on Glasgow Green and since then WEST has received awards for both the beer it produces and the service it delivers. Does Lesley Riddoch still need to be introduced? She is a broadcaster and writer, mainly writing about the political landscape in Scotland.

She was assistant editor of the Scotsman in the 1990’s (and editor of The Scotswoman in 1995 when female staff wrote, edited and produced the paper) and contributing editor of the Sunday Herald. She is best known for broadcasting with programmes on BBC 2, Channel 4, Radio 4, and BBC Radio Scotland, for which she has won two Sony speech broadcaster awards.