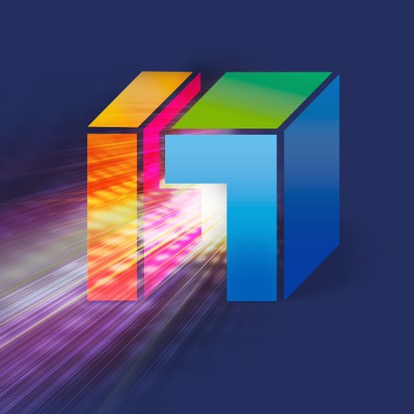 Even if this is not your favourite time of year Hogmanay is full of things to see and listen to. Edinburgh’s Hogmanay is organised by Unique Events who have secured a major coup with Scottish singer Paolo Nutini as headline act on 31 December at the concert in the gardens.

Everything starts with the Torchlight Procession on 30 December 2016 when there are usually about 30,000 taking part in a procession to Carlton Hill. This year participation in the Torchlight Procession and access to Calton Hill will be exclusively available for torchbearers and their accompanying friends and family with new event wristbands which must be purchased to participate in the procession. A donation from the sale of both torches and wristbands will be given to the official Edinburgh’s Hogmanay charity UNICEF, which last year received over £50,000 from Edinburgh’s Hogmanay fundraising to help children affected by the war in Syria.

On Hogmanay itself we will be entertained with seven stages in the city centre and Paolo will appear then in his only festival appearance of 2016. We are promised that more guests will be announced soon.

The Charlatans will take to the Waverley Stage which is home to indie music. Salsa Celtica and Mandan will appear on the Castle Stage and Guilty Pleasures who were such a hit last year will be in Frederick Street.

With a candlelit concert in St Giles Cathedral and the Old Town Ceilidh in Parliament Square the whole city centre will be part of the celebrations. At midnight the fireworks will light up the sky above the castle followed by the world’s largest singsong to Auld Lang Syne.

Paolo Nutini Scottish singer, songwriter and musician from Paisley, creator of three multi-platinum albums, was described by the BBC as “arguably one of Scotland’s biggest musicians right now”. He is sure to be a big attraction for lots of people buying tickets this year. Paolo this year celebrates the 10th anniversary of his seminal debut album ‘These Streets’ and will be joined by a line-up of very special guests to be announced shortly.

Paolo said :”When they offered us the gig, I was made up, as it was 10 years ago that we had shown up at the castle, lined up to play alongside the Pet Shop Boys and unfortunately it was a washout … forcing the powers that be to cancel. We went back as a three piece in ‘08 to play a small set before legging it to Glasgow for George Square but this now gives us a chance to make up for lost gigs. We had no plans for any shows this year after Wales but this was the only one that over the years I hoped that we would get another shot at. Edinburgh is electric at that time of year and I’m glad we get a chance to be a part of it. Let’s dance ladies and gentleman.”

All stages are live from 9.00pm to 1.00am but the party starts from 7.00pm throughout the Street Party arena.
After the bells on the 31st December, free Hogmanay NightBus Services for revellers will once again run throughout the capital provided by Official Transport Provider Lothian Buses and supported by Diageo. A welcome journey home at the end of the celebrations, which last year helped over 18,000 revellers get home safely.

On Sunday 1 January 2017 the ‘Stoats Loony Dook’ sees 1,250 ‘Dookers’ in fancy dress, ranging from the weird to the wonderful, welcome the New Year with a dip in the River Forth at South Queensferry. Thousands of spectators are once again expected to line the streets to watch the Dookers parade through the town before plunging into the chilly water under the shadow of the world famous Forth Bridges. The event is supported by Stoats, who’ll be there on the day, warming everyone up with bowls of tasty porridge, giveaways and a fabulous fancy dress competition.

On New Year’s Day, Edinburgh’s Hogmanay presents Scot:Lands, an adventurous journey across Edinburgh’s Old Town with the very best in music, art and theatre created and curated by Scotland’s most innovative artists and musicians; a festival in itself – all FREE. Scot:Lands is supported by the Scottish Government’s Edinburgh Festivals Expo Fund and the full programme will be announced in early November.

The Final Fling, Edinburgh’s Hogmanay closing ceilidh, will take place at 5.30pm at the National Museum of Scotland on Sunday 1 January.

Edinburgh’s Hogmanay also introduces Sprogmanay – New Year fun for families with young children offering arts and crafts, storytelling, music and dancing over the three days of the Festival including a free family ceilidh and Wee Scot:Lands. Sprogmanay will be concentrated in and around the National Museum of Scotland on Chambers Street.

Councillor Richard Lewis, Edinburgh’s Festivals and Events Champion, said: “Edinburgh’s Hogmanay is going to kick off 2017 as we mean to go on. Welcoming in the 70th anniversary year of Edinburgh, the Festival City, the three-day festival will see the return of the Torchlight Procession, on New Year’s Eve Edinburgh’s World Famous Street Party and the Loony Dook for those who dare. The musical line-up will be one of the strongest yet with a vibrant mix of traditional Scottish music, jazz, disco and DJs, plus Paolo Nutini showcasing his only festival performance of the year! Come on in to 2017 at the greatest street party on earth.”

Cabinet Secretary for Culture, Tourism and External Affairs Fiona Hyslop said, “Attracting over 150,000 visitors, and with many thousands more watching from home, Edinburgh’s Hogmanay is a key event within Scotland’s Winter Festivals programme. There is no better place to bring in the New Year than Scotland and once again we look forward to warmly welcoming people from near and far to the Hogmanay celebrations happening the length and breadth of the country”.

Tickets for Concert in the Gardens, the world famous Street Party, The Old Town Ceilidh, pre-booked Torches and wristbands for the Torchlight Procession and registration for the Loony Dook, go on general sale on Friday 30 September through www.edinburghshogmanay.com, by calling Edinburgh’s Hogmanay Box Office on 0844 573 8455 or by calling into the Hogmanay Box Office at The Fringe Office, 180 High Street, Edinburgh. Limited pre-sale Concert in the Gardens tickets will be on sale to edinburghshogmanay.com registered users from 10.00am on Thursday 22 September.

Limited Premium Three Day packages will be available for Concert in the Gardens and Old Town Ceilidh from Friday 30 September.

Edinburgh’s Hogmanay is produced on behalf of the City of Edinburgh Council by Unique Events, working with partners Underbelly who produce Edinburgh’s Christmas attractions and events.