‘No, we’re not doing any Brexit stuff’ says comedian Paul Merton as he delves into the suggestion box during Paul Merton’s Impro Chums at the Pleasance. ‘There’s been too much of that recently and we need time to come out of it’

And who could blame him? Merton and his highly talented chums – Suki Webster (aka the present Mrs Merton), Richard Vranch, Lee Simpson and Mike McShane – don’t need the recent political upheaval in the UK to demonstrate their extraordinary talent.

For those who remember Whose Line Is It Anyway, an improvisation television show in the 1990s, the idea of comic actors improvising and creating highly amusing scenarios will be familiar. Paul Merton’s Impro Chums is very much based on the format of the successful television show with the beauty being the audience doesn’t know what is coming next – just like those on stage.

The performers take suggestions from the audience and perform their sketches around this. As an example, the audience on Tuesday afternoon suggested a sketch be based on someone who writes road signs for a living – in Welsh, using only his fingernails whilst wearing a scuba diving suit. Merton was wearing headphones when these suggestions were shouted out and so he had to guess from the actions of his ‘chums’ just what he was supposed to be. It was funny and captivating.

Messrs Merton, Vranch, Simpson and McShane have almost perfected the art of making it look as if they know what is coming and use their undoubted talents accordingly. However, for this writer, the star of the show is Suki Webster who made her improvisation look natural and effortless. Nothing seemed to throw her and her brilliant take on Shakespeare had her husband, fellow performers and the majority of the audience laughing heartily in approval.

Many comic actors need a script when they take to the stage as something of a comfort zone but Merton and his highly talented chums have been doing this sort of thing for years. What impressed me was the teamwork evident between all five performers. There was no room for egos – Merton himself was as much a target for his chum’s merriment at the odd struggle or two as the other four.

It is a very clever show and, at times, its cleverness can take something away from the cutting edge, hoots of laughter that is evident at other shows. Nonetheless, Paul Merton’s Impro Chums is definitely worth seeing. But you better be quick – the show ends at the Pleasance Grand Theatre this Sunday. 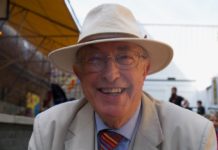 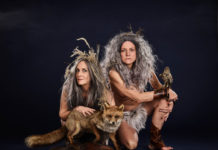 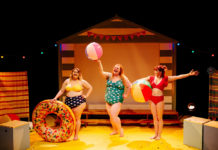 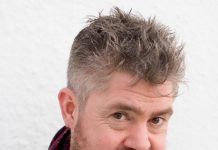 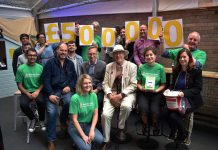 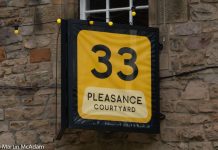 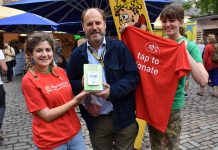