When the esteemed editor of this here website asked her hard-pressed writers which shows at the Edinburgh Festival Fringe they wanted to review, the first name I put my hand up for was Colin Cloud.

I’ve seen the ultimate forensic mind-reader a number of times now and he never fails to astound me. When I first saw him a couple of years ago I wrote on The Edinburgh Reporter website that his show was ‘mesmerising’. That explained my smug look when the brief video introduction to his show this year at the Underbelly Med Quad in Teviot Place highlighted several tributes on screen, including that of yours truly.

Colin Cloud isn’t just a mind-reader. He is a genius, fascinated by human behaviour and those who go to his near sell-out shows leave in total awe of the great man. How he manages to do what he does beggars belief.

His 2016 Fringe Show, Expose, is, in my humble opinion, his best yet. From the opening minutes through to the truly astonishing end, Cloud does what it says on the tin – he exposes the minds of his audience. They are willing participants and are asked to complete a small information card about themselves before they enter the theatre. But Cloud sees none of this information – the audience are asked to keep their cards until halfway during the show when they are then deposited in a receptacle Cloud doesn’t go near. Yet, he has an astonishing detailed knowledge of people’s dreams, a gift which makes him the master of wizardry.

In shows like these some people at the back of the theatre can feel left out. Not with Cloud, who involves anyone, front middle or back. Quick-witted and not without charm, Cloud has his audience spellbound from start to finish.

To tell you what happened in the show would be to spoil it for those who have still to see this astonishing performer. But, rest assured, what you will see will damn near take your breath away. Those who have seen Cloud on ITV’s This Morning may know what to expect but, what I will say, is that each and every one of the open-mouthed audience feels involved and with a feeling they have been part of something truly wondrous.

The climax is a dangerous game of hide-and-seek that leaves everyone shaking their head and asking in unison ‘how the hell did he do that?’

Colin Cloud is to mind-reading what Dynamo is to magic. But don’t just take my word for it. Get along to his show and see for yourself. You will witness one of the most astonishing shows of this or any other year’s Edinburgh Festival Fringe. 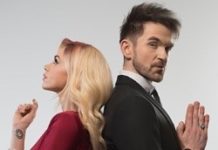