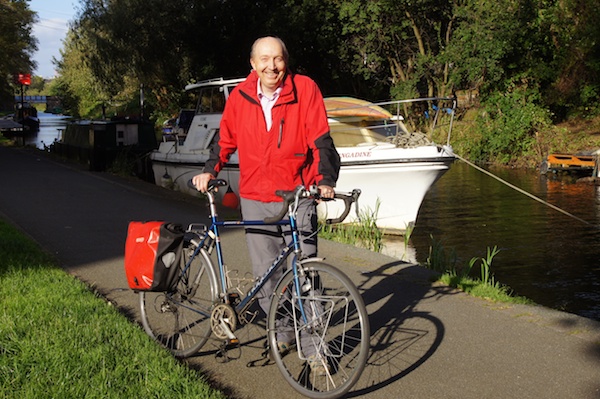 Councillor Andrew Burns, leader of the council’s Labour group,  and Council Leader since 2012, has confirmed that he will be stepping down from political life at the time of the council elections next May.

He has now been in politics for four terms since 1999 and feels that it is time for him to move on. He absolutely denies that there is any political agenda affecting his decision and said: “I simply now want to focus on some of those personal interests in the next few years of my life. Nothing more, nothing less.”

Explaining to a small group of journalists this morning that he has enjoyed all of it, but wants a new challenge he continued : “And obviously, the specific privilege of being the Council Leader, of the Capital City, of my home country, for the last 4-years, has been something I will always cherish. ”

One of the areas which Burns emphasises he is most proud of is the educational attainment of all school pupils in Edinburgh. Figures which will be reported to the full council meeting next Thursday show that all school pupils in Edinburgh have achieved better results in recent exams. Cllr Burns was at pains to point out that despite the upheaval in certain schools just ahead of the exam period, following the closure of 17 schools across the city, all pupils did better than before.

Councillor Burns has overseen the coalition of the Labour group with their SNP counterparts in the last five years. Admitting that it has not always been the easiest of bedfellows, at least the Labour group leader has remained constant throughout, unlike the SNP group which is now on its third leader in five years.

Confirming that he will continue to work hard in his role as council leader until the first Thursday in May 2017, there is no re-election of Labour group leader planned at this time. Who will succeed him depends on the result of the council elections first of all, and secondly upon who wants to lead what might be a much diminished Labour group at the City Chambers.

All of those standing as Labour candidates should be confirmed by the first week of November this year.

Explaining that the part of the job which he has loved best is as ward councillor his departure will mean that one of the three slots in his Fountainbridge and Craiglockhart ward will be vacant. The other councillors in that area at present are the SNP councillor David Key and the Green Group’s Gavin Corbett.

Our prediction? If he is standing in 2017 as councillor, then we feel it might be time for Councillor Ricky Henderson to waltz into the leadership chair. But then what do we know?