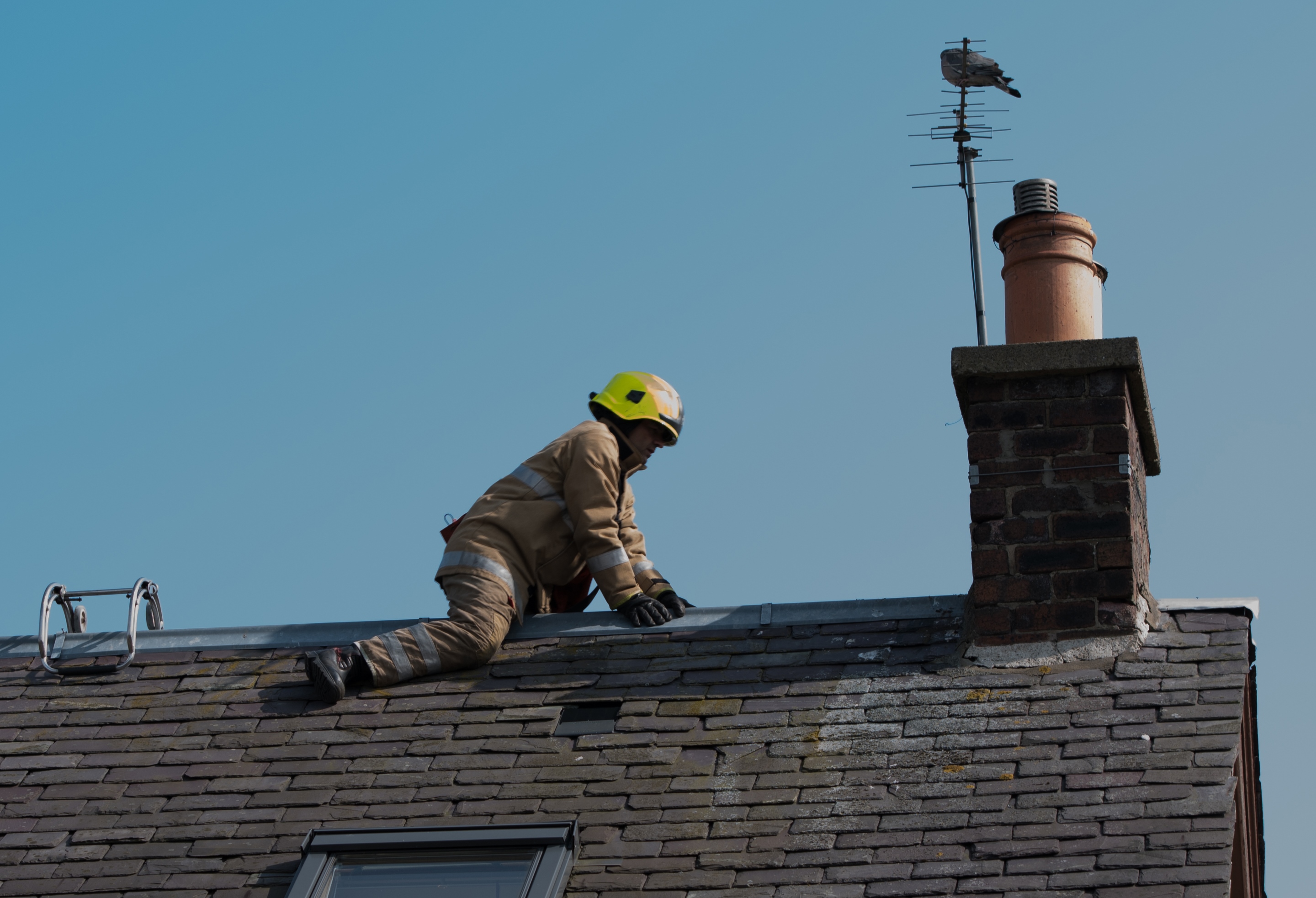 The Scottish SPCA was called to rescue a wood pigeon after its leg became tethered to a TV aerial in Midlothian.
Scotland’s animal welfare charity enlisted the help of the Scottish Fire and Rescue Service on 30 May after being contacted by a resident of Sixth Street in Newtongrange.
Senior Inspector Jenny Scott said, “We were told the pigeon had been on the roof since the previous night.
“A member of the public had extending poles so we tried to move the pigeon using these and that’s when it became apparent the bird was stuck as its foot was attached to the aerial.
“Due to the height of the building I was unable to reach the bird and I was very grateful when the local fire and rescue service in Dalkeith advised they were happy to assist.
“A member of the fire service brought the pigeon to safety and I was then able to cut away the string which had snagged around its leg.
“The bird was then taken to our National Wildlife Rescue Centre in Fishcross as its foot was swollen but thankfully it is now doing well.
“This is a good example of why people should always clear up after themselves. Had we not been able to get the pigeon down it would have died a slow and painful death due to starvation.
“We are always extremely grateful to the fire service for assisting where possible in animal rescues and we would like to say a huge thank you to the team for their help in this case.”